Le Château de Malmaison is an easy half-day trip from Paris. Considered one of the most beautiful castles near Paris, it is located eight kilometers to the west from the French capital, in the town of Rueil-Malmaison. It is most commonly known as the former residence of Napoleon I, the emperor of France from 1804 to 1814, and his first wife Joséphine de Beauharnais.

READ MORE –  Sites related to Napoleon I in Paris

The Story of Château de Malmaison

Before going to Egypt in 1798, Napoleon I gave his wife Joséphine the task of finding a country house to her liking. Joséphine was immediately charmed by Le Château de Malmaison and bought it in 1799, three years after their marriage.

At first, it was an old house of the 17th century, but renovations by architects Percier and Fontaine (1800 to 1802) turned it into a luxurious villa with all the fashions of the 19th century.

The Château had many interesting features. On the ground floor, the architects gave the vestibule the appearance of the atrium of a Roman villa. During receptions, a mechanism installed enabled the mirrors to slide into the walls transforming the billiard rooms and dining room into reception halls.

In the pavilions at either end, small rooms were modified to create larger rooms. The dining room was extended by the addition of a semi-circular section and thereafter featured six windows instead of four. 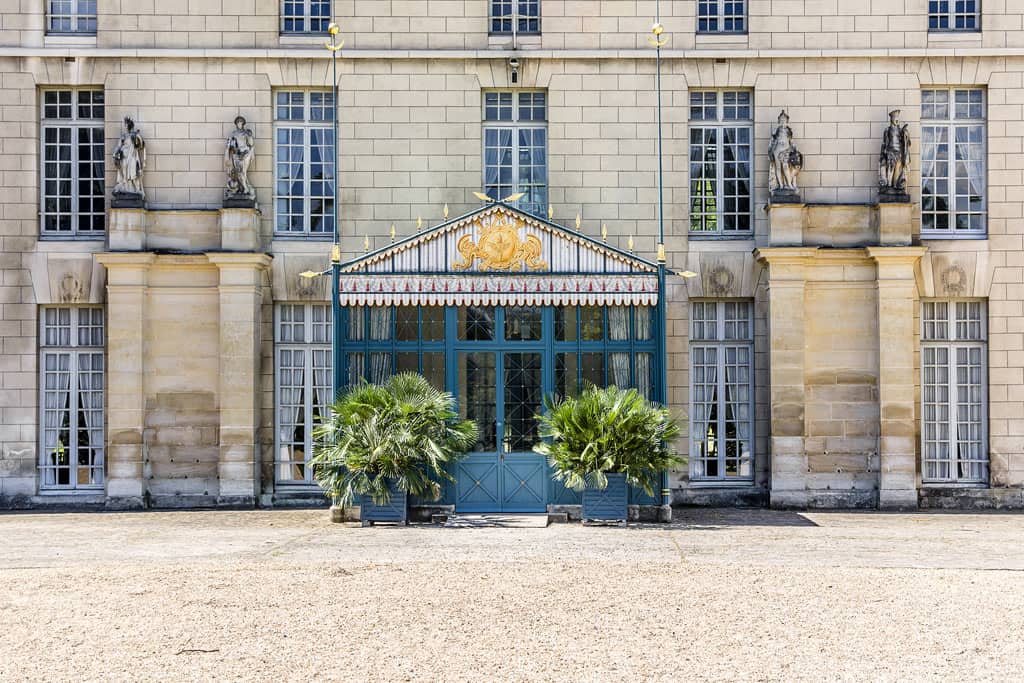 All these renovation works had seriously weakened the walls of the château façade however, and the architects were forced to use heavy buttresses to hold them up. These massive buttresses were decorated with statues taken from the gardens of Château de Marly (see the picture of the garden facade).

Outside the Château, Percier and Fontaine built a small theatre that could accommodate 200 to 300 spectators, set for numerous productions. The farm adjacent to the Château was transformed into a kitchen block since the previous kitchens, located in the cellar, were no longer sufficient for the emperor’s family and guests.

The interiors were decorated in a style combination of Antiquity and Renaissance which became the archetype of the Empire style. There is no shortage of archaeological and historical references: Doric pilasters and stucco columns in the vestibule, decorative motifs inspired by Roman and Pompeian paintings on the library ceiling and in the dining room. 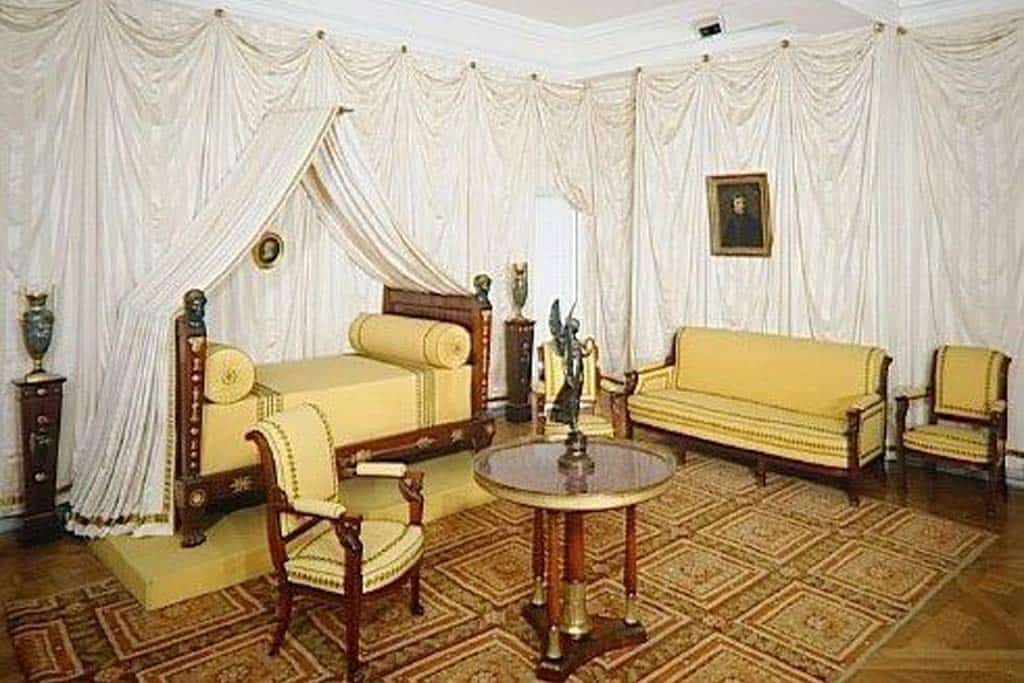 The council chamber is another interesting part of the Château. It is made to look like a military tent, with its fabric walls supported by fasces, pikes, and standards between which were hung ensembles of arms recalling the most famous warlike people of all time.

Bonaparte’s library still keeps the original decoration, with furniture mainly brought from the Tuileries Palace. The painted ceiling alludes to the literary authors Bonaparte appreciated. A secret staircase led Napoleon directly to his rooms on the first floor.

The Gardens at Malmaison 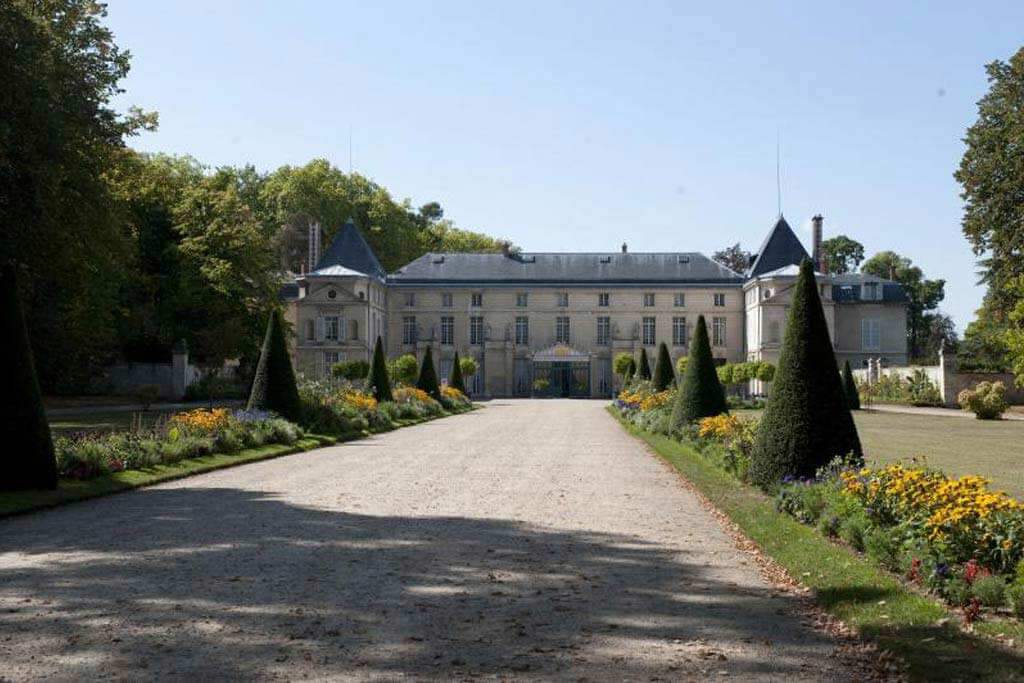 The Gardens are a very important part of the Château and we recommend spending some time exploring them. Very fond of botanic, the Empress brought her personal touch at the gardens of Malmaison, adding a number of various plants, statues and more.

In Malmaison, Joséphine Bonaparte liked to cultivate rare plants in her greenhouse and thanks to her relations with botanists and experts from the French Museum of Natural History she imported flora from Europe and beyond.

Some 200 plants, such as purple magnolia, tree peony, hibiscus, camellias, and dahlias, were grown in France for the first time at Malmaison. She also collected more than 250 varieties of rose, which were planted as bushes in the park or in pots to be moved outside in June. 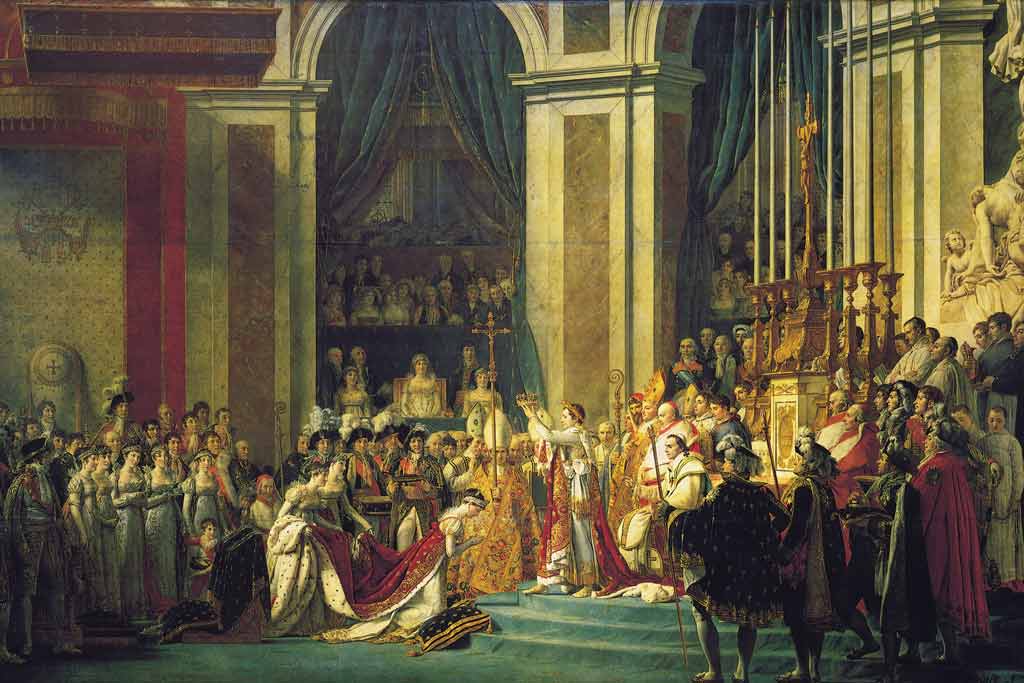 Joséphine (whose real name was Marie Josèphe Rose Tascher de La Pagerie) was Napoleon’s first wife. She was born on the Island of Martinique, to a wealthy French family that owned a sugarcane plantation. When Rose met Napoleon, six years her junior, she was the widow of Alexandre-Francois-Marie, Vicomte de Beauharnais, and had two children, Eugène and Hortense. It was Napoleon who first started to call her Joséphine, perhaps from her middle name.

After their divorce in 1809, due to the “infertility” of Joséphine, Bonaparte allowed her to keep the title of Empress. She continued to live at the Château de Malmaison until her death. Still keeping close contact through letters and visits, Château de Malmaison was also Napoleon’s last place of residence in France, before he was sent to exile in Elba Isle.

Here is the last letter Joséphine sent to Napoleon after learning that he was to go to Elba Isle and that his second wife, Marie Louise, Duchess of Parma, didn’t want to accompany him:

“Why can I not fly to you? I have been on the point of quitting France to follow you in your footsteps. …Say but the word and I depart. It is no longer but words that my sentiments for you are to be proved, and for actions your consent is necessary. Malmaison has been much respected, and I am surrounded by foreign sovereigns but would rather leave.”

Shortly after this letter, Joséphine caught a cold which turned out to be fatal. On  29th May 1814, the Empress passed away at the age of 50 in the arms of her son Eugène.

Today, the Château de Malmaison is open 6 days of the week to the public as a museum. Once a year, in September, there is a dinner where people from the Napoleonic community have special access to the castle and come dressed in Regency clothes! 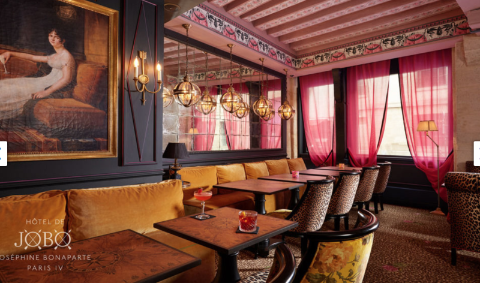 Our Visit to Château Malmaison

We went to the Château Malmaison a few years ago, and it was truly beautiful. You really feel transported to the era when you visit these kinds of monuments. It’s almost as if you were there with Napoleon and Joséphine. It was a rainy day when we went but the garden was still amazing. A wonderful place for a walk, even when you have to keep your eyes on the ground to watch out for puddles!

How to Get to Château de Malmaison from Paris

Le Château de Malmaison is located in the town of Rueil Malmaison. From la Défense (métro, RER, SNCF, bus) take bus #258 and stop at “Le Château” (25 minutes, every 10 minutes). Cross the RN13 road and go back to the roundabout. The castle is at 300m, on the right.

The Château opens every day except Tuesdays. Tickets cost 6,50€ (adults). Free every first Sunday of the month. 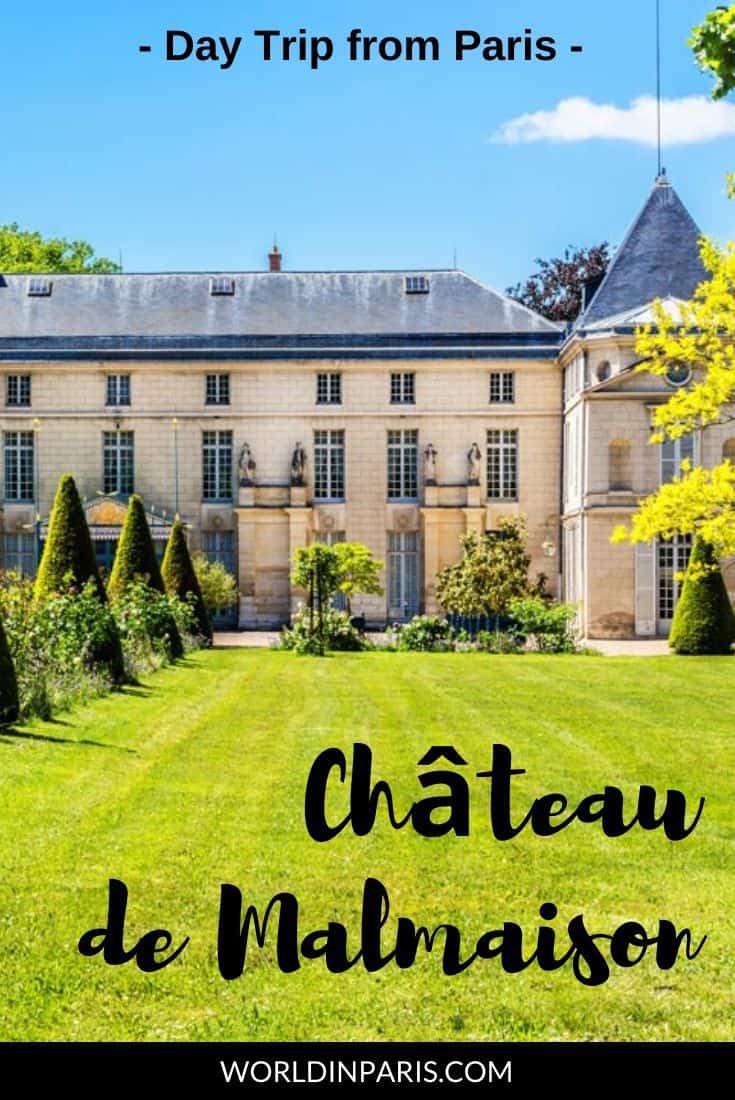 Hanna is our youngest collaborator and also a Napoleon I expert. If you have any question related to Napoleon I, Hanna is the right person to ask !