Some people vacation to see historical sites. Some people go to the beach. Us? We travel for food and wine! During our Paris explorations, we also go in quest of the best food in Paris and we tell you about our nicest findings on this Paris food guide.

If you are looking for good food in Paris, the city won’t disappoint you. On Yummy Paris you will find our best Paris food tips, where to eat, and what to order. Here is our foodie’s guide to Paris with something for everyone!

Latest articles about food in Paris

Our Food in Paris Articles View All 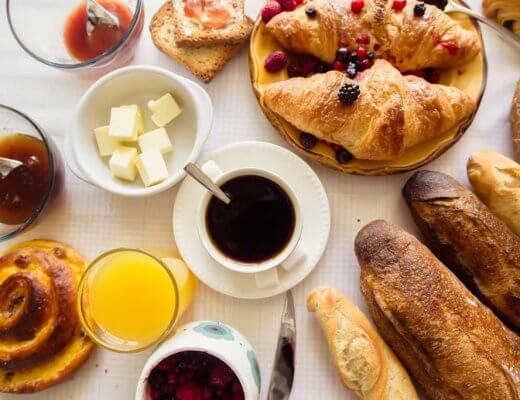 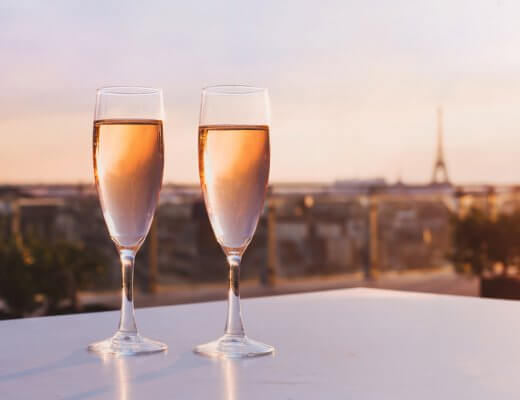 The Locals’ Guide to French Apéritif (Apéro in France)

When talking about the culture of a country, it is impossible not to speak about food. Take part in a cooking class and learn how to make macarons or croissants. Go and visit the city’s markets with local, fresh produce. Enjoy French food festivals in Paris. Eat street food and dine in local restaurants. Eat Like a Local!

When you are planning your trip to Paris, be sure to learn about French food in Paris and the best things to eat in Paris. If you’re not trying the food in Paris, you are far away from getting to know the culture.

More about Food in Paris

Things to Eat in Paris: Famous Food in Paris

Here is the list of the most famous food in Paris: from typical food in Paris to the best cheap eats in Paris or traditional Parisian cakes, there is something for every taste.

Food Tours in Paris are a great way to discover a specific Arrondissement of Paris or a Parisian neighborhood while tasting good food.

Food tours in Paris usually last 3 to 4 hours, and combine walking & sightseeing with gourmet breaks so you get the best of both worlds.

Sometimes, these Paris food tours include the visit to a local market or a gourmet store so you can see what’s on Parisians’ shopping baskets in every season.

The most popular food tours in Paris are cheese tours and French pastries tours but Paris chocolate walks are also very requested. Remember that in France cheese is neither an entry nor a dessert, cheese is just cheese!

Wine is another of France’s treasures, the wine regions of France produce between 7 and 8 billion bottles of wine per year!

Wine tasting tours in Paris are a great way to start a memorable night in Paris. More than ever people want to know more about French wine and the best wine regions in France.

Wine Tasting Tours in Paris are usually led by a professional sommelier who can answer all your questions about wine in France during the wine tasting. Some wine tours are more pedagogical, where you learn about the grapes, soil, best wine regions in France, and wine tasting techniques. Other tours, instead, are more focused on tasting the best French wine from different wine regions.

Usually, wines are paired with some gastronomic specialties or typical food in Paris like cheese or cold cuts.

A good introduction to French Wine

TIP: Always store your wines at the right temperature, check out our small wine coolers review

Cooking lessons are a great way to learn about delicious food in Paris whilst having fun. The finished product is one thing but you truly get an appreciation of a certain type of cuisine when you see where the ingredients come from and how the food is prepared.

Cooking lessons help to immerse yourself in the local culture and it is also a great way to connect with other foodies in Paris.

Add a cooking lesson in Paris to improve your cooking skills and learn how to prepare the best traditional food in Paris.

Once you have learned some yummy recipes, you can also try them at home, maybe adding your personal touch like Evelyne did with these French éclairs.

This Paris food guide would not be complete without the markets of Paris. Paris has numerous markets selling fresh, locally-produced food. Food Markets in Paris are foodies’ paradise! Parisian markets (marchés in French) can be found in all the districts of Paris and a visit to a local market alone or with a guided tour can be one of the best local experiences in Paris.

Some Parisian markets, like le Marché des Enfants Rouges, also host small eateries where it is possible to eat lunch or a second breakfast for a small price.

In addition to restaurants and markets, travelers can also visit a myriad of colorful food streets in Paris populated with cafes, food stalls, and gourmet shops.

If you’re in the mood to shop and snack at the same time, add a couple of these streets to your Paris bucket list, these streets are still the main hub for food lovers in Paris.

Where to Eat in Paris: Restaurant, Brasserie or Bistro?

French cuisine sounds fancy but in the end, food in Paris is all about quality – fresh products and creating a harmonious dish that elevates the quality of the main ingredient.

The City of Lights boasts over 70 Michelin starred restaurants, but people with lower budgets can still find delicious food in Paris in a traditional brasserie or bistro.

Brasserie, or bistro: where to eat in Paris? What’s the difference between a brasserie and a bistro?

Both places serve typical French cuisine. Bistros are usually pretty casual neighborhood restaurants, with a limited offer and specific opening hours for lunch and dinner. The brasseries, instead, are bigger spaces, serve throughout the day until late at night, and have a larger menu.

Traditionally a Parisian bistro was a low-key place to eat but nowadays you can find also trendy or upscale Parisian bistros based on the concept of bistronomie.

A contraction of “Bistro” and “Gastronomie”, the term bistronomie combines the cuisine worthy of great chefs with the affordable prices of a bistro. You can read more about this topic in our e-book about the Parisian bistros which comes with a list of best bistros in Paris by arrondissement.

ALL ABOUT BISTRONOMIE, AND THE BEST BISTROS IN PARIS E-BOOK

Get your e-book right now!

Best Places to Eat in Paris

What are the best places to eat in Paris? In a city like Paris, you will be spoilt for choice! This Paris food guide also includes lists of best restaurants classed by district, category, or kind of food.

BEST RESTAURANTS IN PARIS BY DISTRICT

MOST ROMANTIC RESTAURANTS IN PARIS

DID YOU KNOW? Paris is one of the best cities in Europe for being gluten-free if you know the right places to go. Check out this quick guide to Gluten-Free in Paris.