Mont Saint Michel in Normandy is the wonder of the Western World, and one of the most spectacular sites in France.

The area is known for its high tides which let the abbey inaccessible for some hours and give Mont Saint Michel a picturesque setting.

This amazing Benedictine abbey is set on a rocky island at the mouth of the Couesnon River, where the regions of Normandy and Brittany meet. Since medieval times, Mont Saint Michel is a renowned center of pilgrimage and an important learning center thanks to its rich library.

Can I visit Mont St Michel from Paris in a day?

The best time to visit Mont St Michel to avoid the biggest crowds is in November, early December, late January, February, and March. If possible, visit the Abbey first thing in the morning or late afternoon (after 3 pm).

The downside of visiting Mount St Michel during the low season is the light, which is not ideal for taking pictures. We visited Mont St Michel from Paris in February and I definitely missed the summer blue sky! You also need to check the weather forecast before picking a date.

Plan your Mont Saint Michel Visit with the Tides in Mind

If possible, plan your Mont St Michel day trip during the highest tides for the most spectacular view of Mont Saint Michel. During high tides, the island seems to float above the blue water and creates a perfect reflection. Because we live in Paris, we are more flexible and we could see the Mont Saint Michel with the biggest tides. Click here to view the tides calendar around Mont Saint Michel.

Of course, this is the best option to visit Mont St Michel on a day trip from Paris but if you don’ have your own car we don’t recommend renting a car only for visiting Mont St Michel.

For those arriving by car, there is a dedicated car park on the mainland, 2.5 km away from the island to preserve the maritime beauty of the place. Once you have parked, you will have to walk to the Place des Navettes and board the free shuttle that will take you to the island. Place des Navettes is 800m from the car park and the shuttles stop 450m away from the island itself, so there is a fair bit of walking involved too. The shuttles operate every day from 7:30 am to midnight.

Take a TGV from Paris’ Gare Montparnasse to Rennes, from where Keolis buses travel to Mont St. Michel up to four times a day (follow the signs “Exit North”, and “Bus Station”).

You can also change trains at Rennes for the Pontorson-Mont St-Michel train station.

Once you arrive at the edge of the mainland, you can either take a free shuttle or walk across the 900 m long causeway (Pont Passerelle) that connects the mainland to the island. The shuttle will cost you €2 shuttle one way.

Usually, tours from Paris to Mont St Michel are the most comfortable way to get to the abbey. Sit on the van and enjoy the landscape without having to worry about directions, transfers, or train connections.

Nowadays the Mont Saint Michel tours are not ‘follow the umbrella’ tours. You will be exploring the abbey and the fortress at your own pace with the help of an audio guide and you can decide where and when to have lunch.

This small-group tour by minibus or van comes with skip-the-line tickets and a special stop to taste some of the famous Cider Pommeau and Calvados so typical of Normandy.

In the past, the island was called Mont Tombe, probably with a stone or a megalithic monument there for a pagan cult.

In the 8th century bishop of Avranches constructed an oratory in the honor of archangel St. Michael after having a vision.

In the 10th century, the Benedictine monks settled in the Mont Saint Michel at the request of the Duke of Normandy, Richard I.

Very quickly, the abbey became a major place of pilgrimage for the Christian West but also a center of medieval culture where a large number of manuscripts were produced, preserved, and studied.

Mont Saint Michel’s strategic fortifications (13th – 16th centuries) have helped the island to survive The Hundred Years War, the French War of Religion, the French Revolution, and the hard time under Napoleon I.

Mont Saint Michel and its bay are listed Unesco World Heritage since 1971.

The abbey is a fine example of the French Gothic flair architecture with Romanesque touch. It is a construction built over the centuries on a very particular topography, that’s why it is difficult to compare it with other abbeys or cathedrals in France.

Take the time to admire the beautiful structure, with its pointed arches and narrow windows and the sculptures and other details that decorate the building.

2. Wander around the Streets of Mont Saint Michel

The island is the permanent home to around 50 people (including monks). Medieval houses and narrow cobble-stoned streets wind up their way up the rocky island and there’s a magical atmosphere (when there are no crowds).

The Grand Degré is the name of the iconic set of stairs that lead up to the abbey from the Grande Rue. Take your time to climb up the stairs to the abbey, and admire the abbey’s grand architecture perched on the top of the hill, as well as the beautiful panoramic views of the surrounding bay and countryside.

There’s no need to worry about food in Mont Saint Michel, there are some places to eat within the walls.

Mère Poulard’s fluffy omelettes is the most famous dish to eat at Mont Saint Michel and they are supposed to be the best in the world. La Mère Poulard has been around since 1888, located close to the King’s Gate and in front of the Tourism Office. Book your table well in advance and be ready to pay around 30 € for a traditional omelette, but hey it’s an experience!

Another must dish in Mont Saint Michel is the Lamb (AOP) Prés salés du Mont-Saint-Michel. These are the lambs that you see eating the salty grass around the island, carefully selected to resist harsh climatic conditions, risk of getting bogged down, prolonged walking, and halophilic vegetation. The meat is very tender and has an exquisite, slightly salty taste.

4. Explore the Bay with a Local Guide

Low tides in Mont Saint Michel are also interesting. It will let you explore the surroundings of the island and admire the medieval fortress and the abbey from another point of view. Close to Mont Saint Michel is another granite islet, Tombelaine, which also has a rich history directly linked to that of Mont Saint Michel. The bay is home to a wide variety of birds as well as seals.

During the summer you can walk around the bay barefoot but in winter (November to February) the tours are with boots.

For this tour, make sure to take a local guide along to be safe in the sand and the marshes. Tides in this area rise very quickly indeed and not at a constant speed so you cannot really know…

Please, don’t save money on this and do this tour with a local guide. Get this tip from somebody who had to be rescued in Mont Saint Michel! 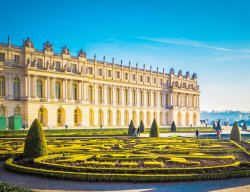 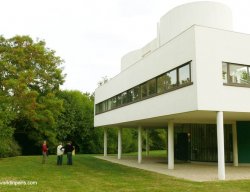 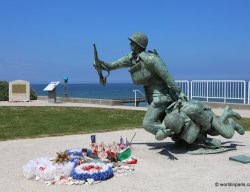