Never wondered about what happens under the fashionable streets of Paris? The answer is at Paris Sewer Museum, in the 7th Arrondissement of Paris. This is a small museum that, despite being located in one of the most touristy areas in Paris, has few visits. A pity because few cities offer the possibility of such an original and quirky visit through their entrails! 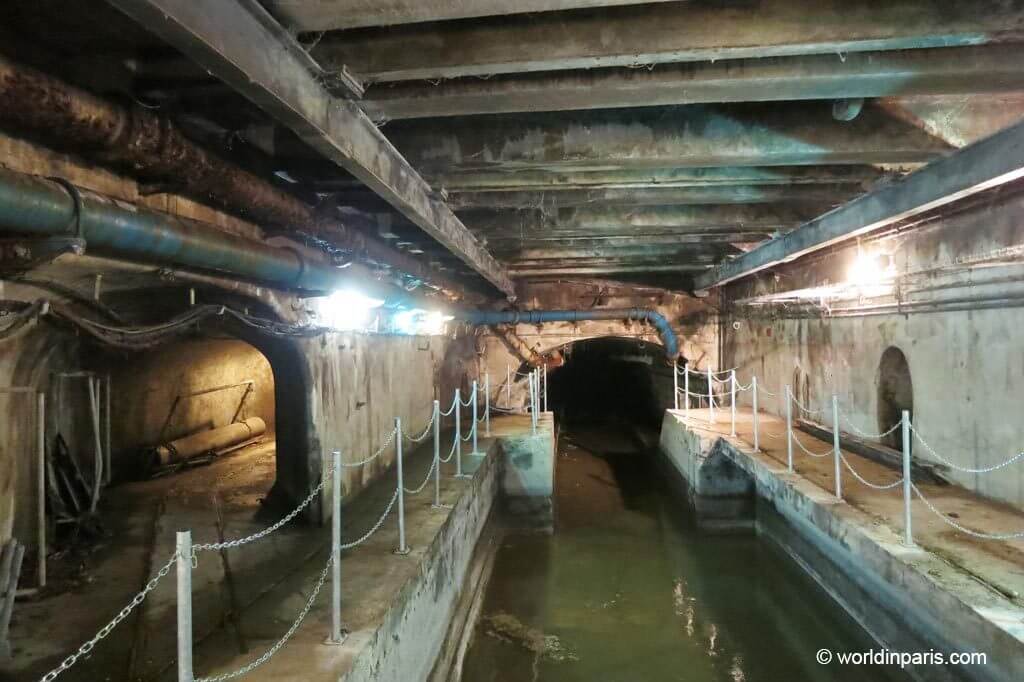 Organized tours of the Paris’ Sewers were first offered in 1889. Guided Paris Underground Tours were available during “the nice season” twice a month and visitors were transported through the sewer system on wagons and boats. 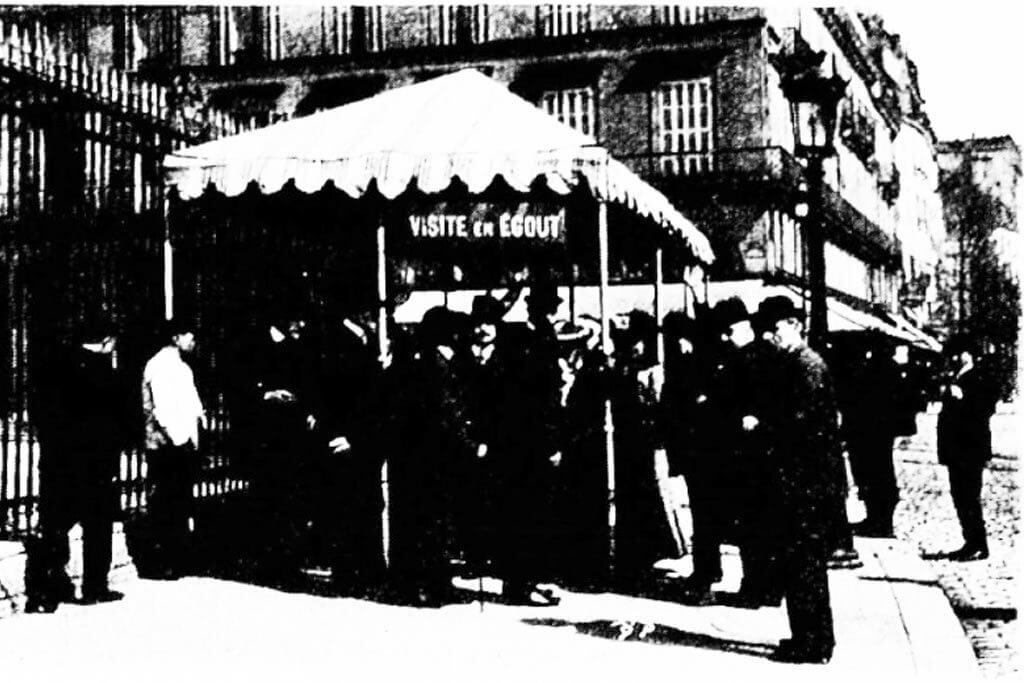 The entrance to the Paris Sewer Museum in 1889 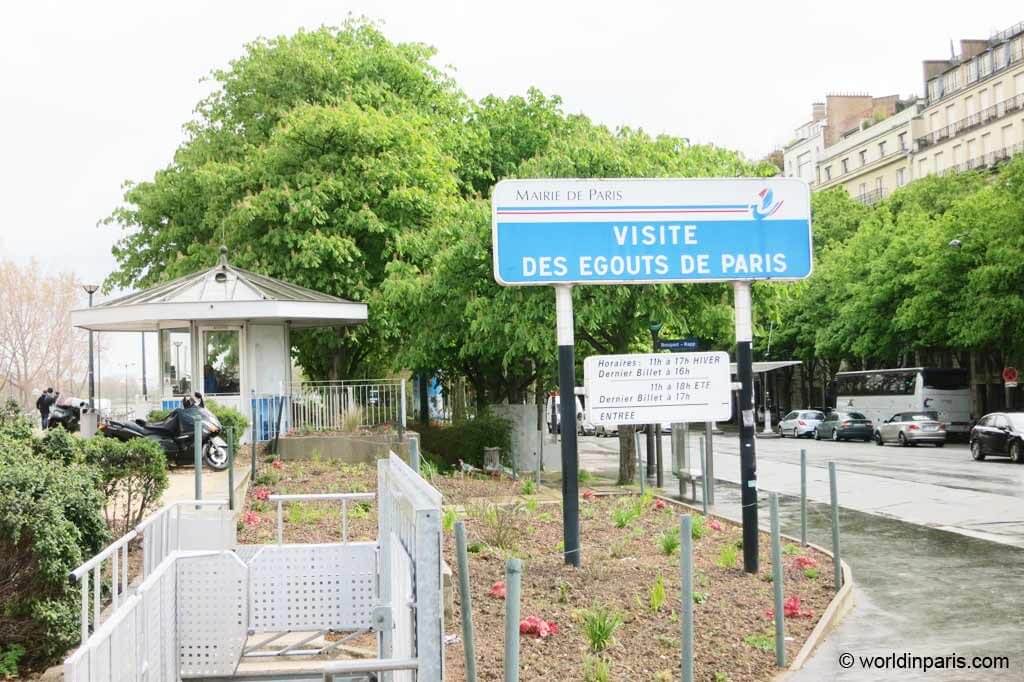 The current entrance to the Paris Sewer Museum

If you are looking for unusual things to do in Paris, the Sewer Museum is a good place to start. Today the Paris Sewer Museum details along 500 m of their tunnels the history of drinking water in Paris and the sewer system in Paris, from the former Roman city of Lutetia (first name of Paris) to its modern structure (XIX century). The history of the sewers is explained in a very pedagogical way, all in parallel with the history of Paris. The museum also details the role of sewer workers and methods of water treatment. We were happy to know that Paris is the city which has the biggest and most modern sewer system in the world! 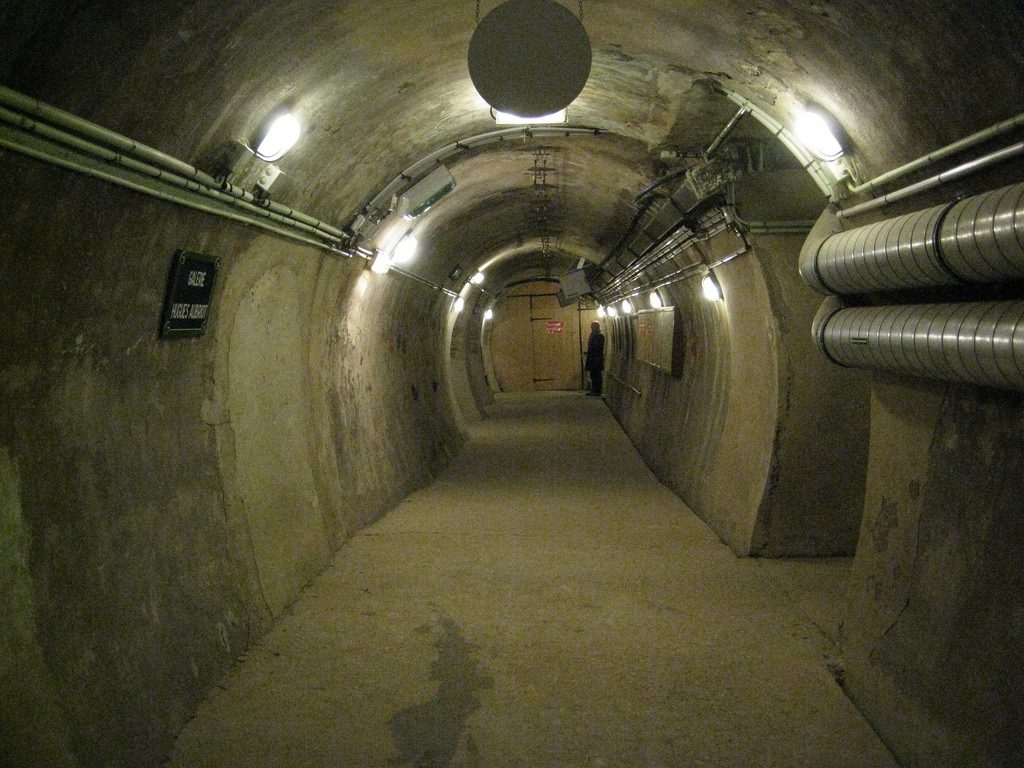 The Paris sewers system has 2.400 km of tunnels and galleries. In this Paris Underground City, the streets have the same name and the same Parisian street sign than their corresponding streets on the surface so impossible to get lost. 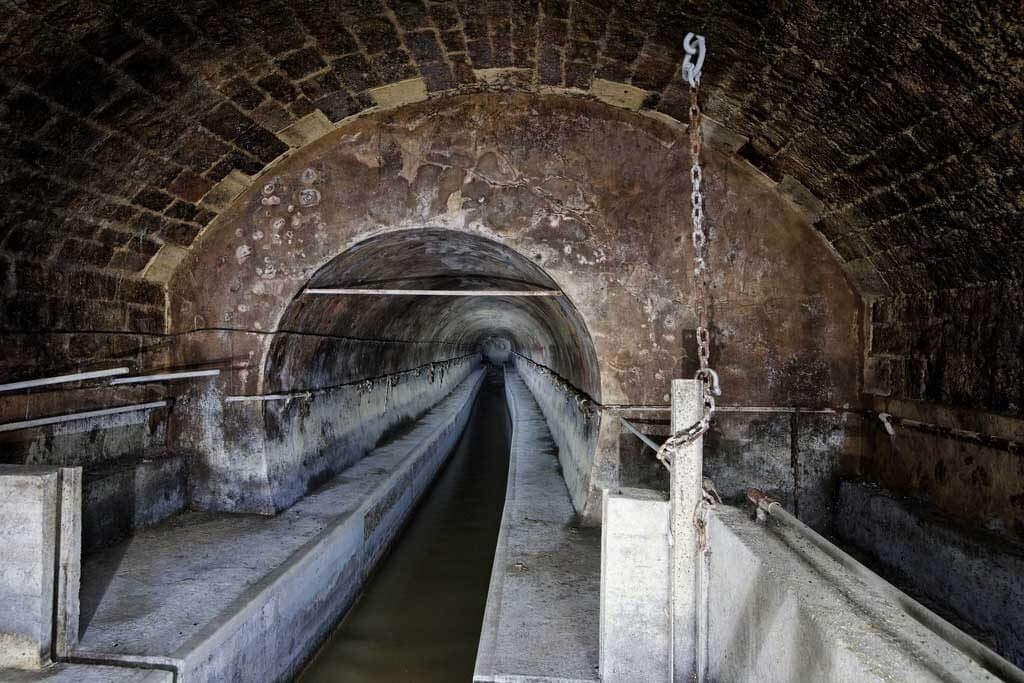 CURIOUS & INTERESTING THINGS THAT WE LEARNED

The Paris sewer system is also used to heat a local swimming pool in Paris. How? As in cities everywhere, thousands of liters of heated water drain into Paris’ sewage system every day. This water comes from showers, dishwashers and washing machines. The average water temperature through the sewage network is 13 degree Celsius during the winter and 20 degrees in summer. This domestic greywater naturally transfers its heat to the pipes that it flows through which then dissipates in the underground tunnels without any use.  However, a new stainless steel lining can recapture between four and eight degrees of this warmth. The system, developed by French waste and water group Suez, can boost this to 50 degrees and pump water to where it is needed. 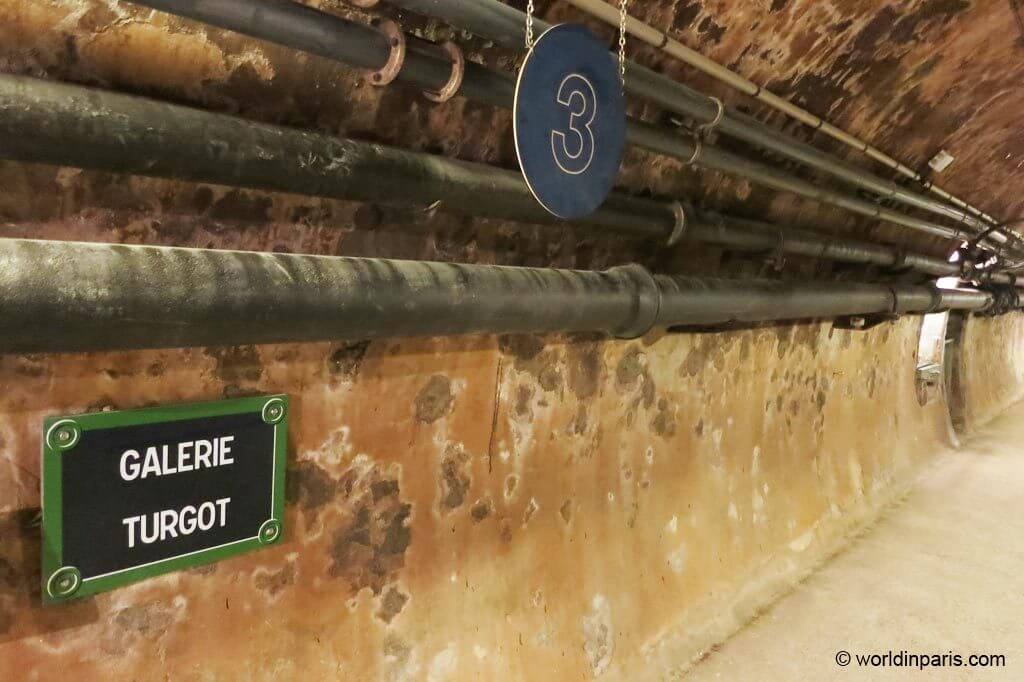 Some other interesting things that we learned during our visit: 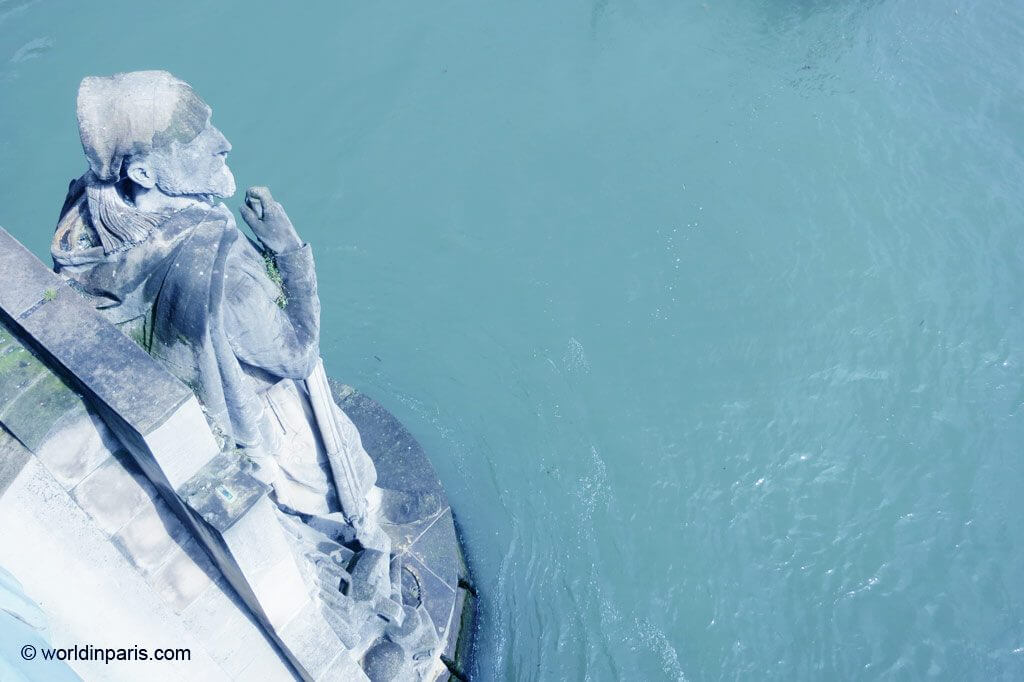 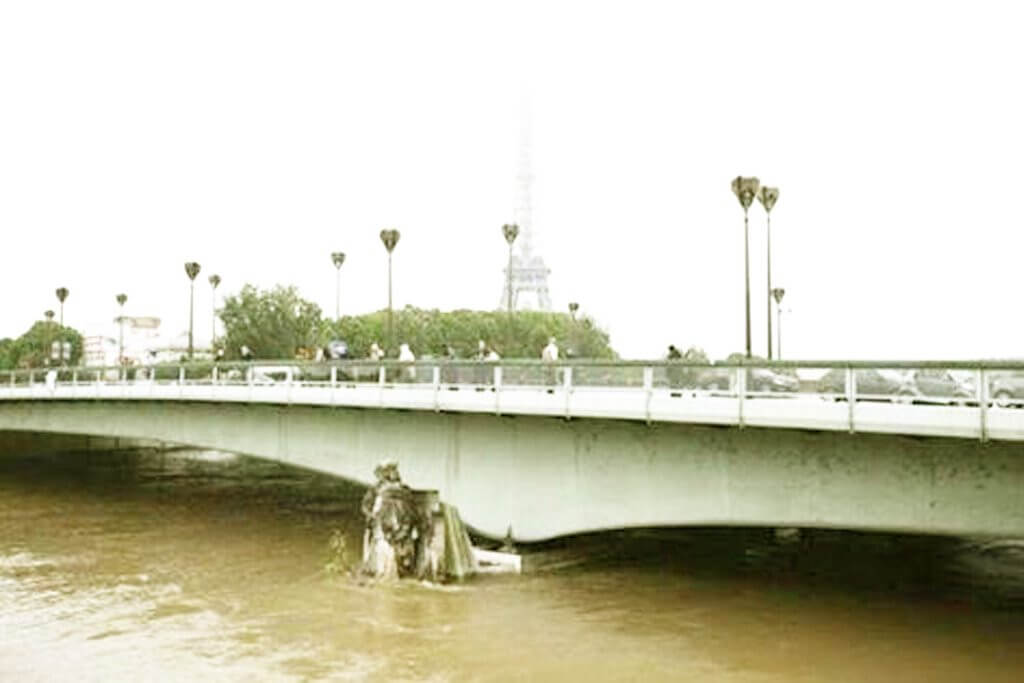 The Zouave during the floods in Paris (June 2016)

We suggest visiting this museum in the summertime because the temperature is a little bit fresh.

The smell in the galleries is not that bad as you may think. If you are very sensitive it is better to visit this museum in the winter time when the smell is less strong.

The museum is open every day from 11.00 am to 5.00 pm (4.00 pm in winter time) except Thursday and Friday. In January the museum closes for 2 weeks for a general maintenance but the website does not specify the dates. 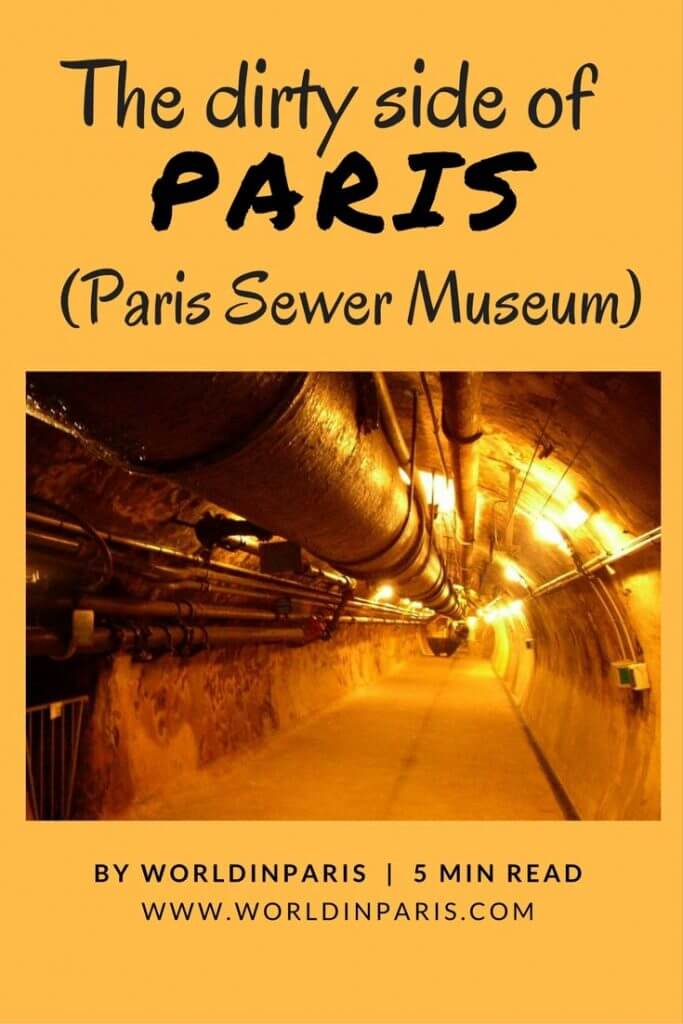 Mona Lisa Icon made by Freepik from www.flaticon.com