Le Corbusier’s Villa Savoye is not any design house, it is THE house where the architect implemented for the first time his concept of “New Architecture”. Over the years, Villa Savoye became a world icon and a pilgrimage site for any architect or architecture lover.

Villa Savoye is located in the small town of Poissy, 24 km west of Paris. Its easy access from the French capital makes Villa Savoye in Poissy a great side-trip to see the best of architecture.

What is Modern Architecture?

Modern Architecture dates back to the beginning of the 20th century and it is based on an emphasis on form rather than ornament; structure and materials rather than picturesque constructions; and the rational and efficient use of space.

Modern Architecture was possible because new building materials and technologies became available and architects started experimenting with them, trying to break away from historical architectural styles and to invent something that was purely functional and new.

At first, there was a considerable difference in style between the earliest works of Modern Architecture, which was not surprising considering the architects’ wish to break completely from the “conventional” buildings of that time. However, these first works were all based on the epigram “Form should follow function” and undecorated, minimalist surfaces abounded. 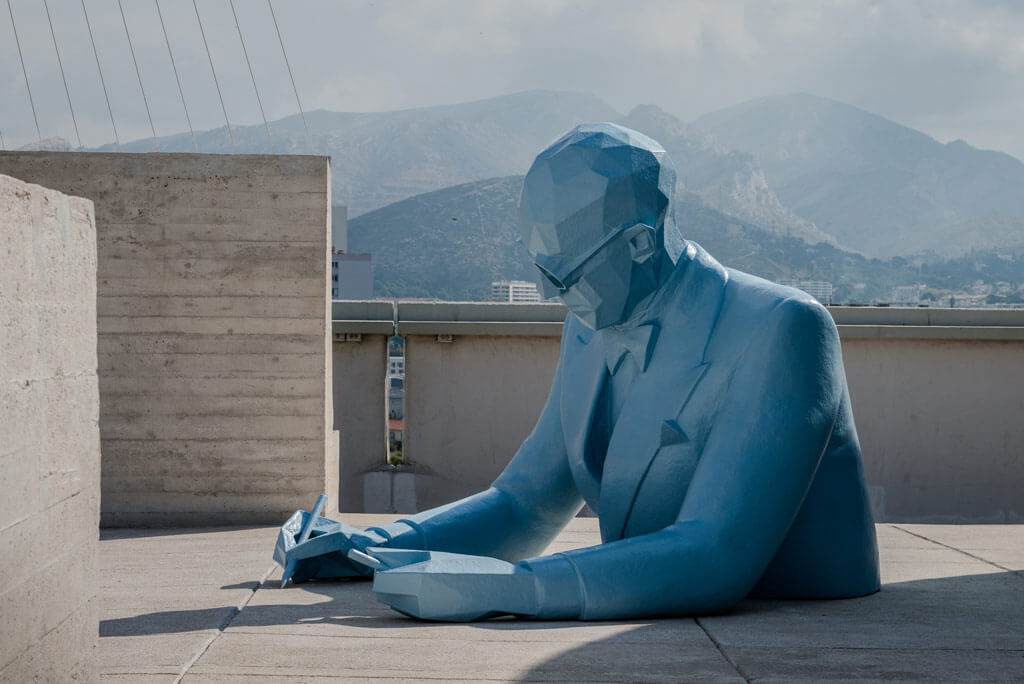 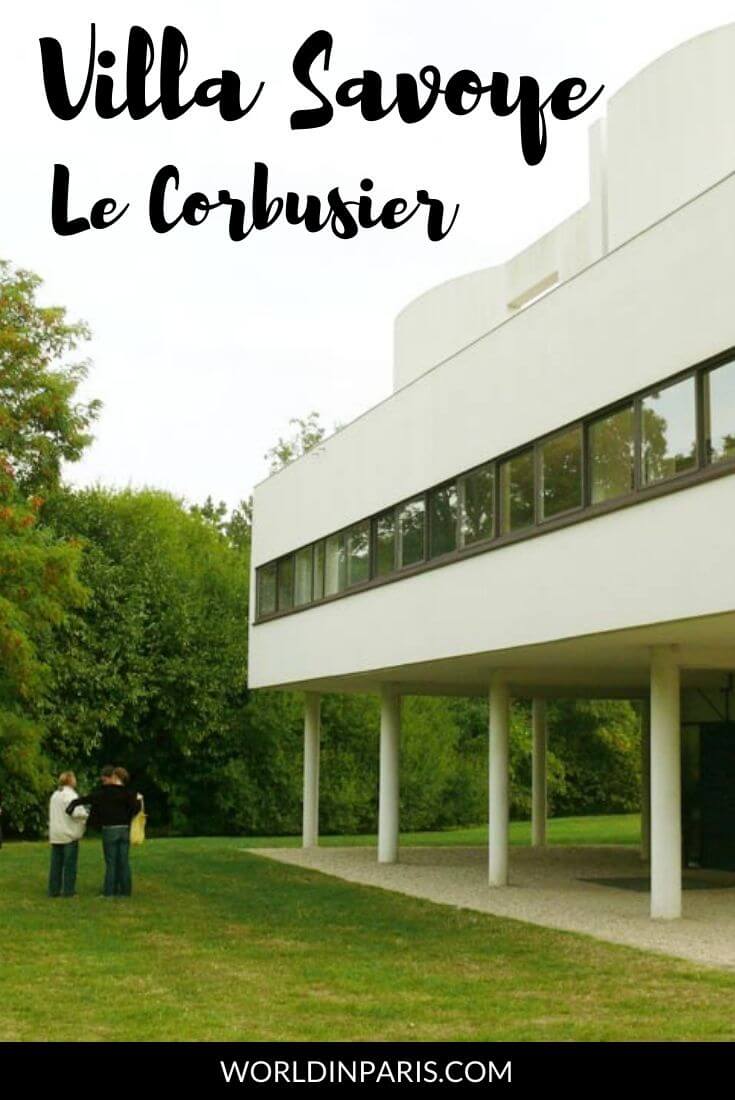 Villa Savoye was designed by the Swiss architect Le Corbusier as the weekend home for the Savoye family. The Savoyes were a couple of bankers who gave the architect total freedom to express himself.

Named “Les Heures Claires” and built between 1928 and 1931, this villa closes the cycle of creation of the white or purist houses of Le Corbusier. With this “box in the air” (the house’s nickname given by its creator), Le Corbusier broke with traditional architecture and settled the five points of Modern Architecture.

The architect wrote about Villa Savoye:

The house will rest on the grass as an object without disturbing anything because it is raised above a meadow. It overturns the traditional codes of the architecture of a classic country house and redefines all the architectural criteria of living spaces according to their function, their relationship of forms, light, and landscape 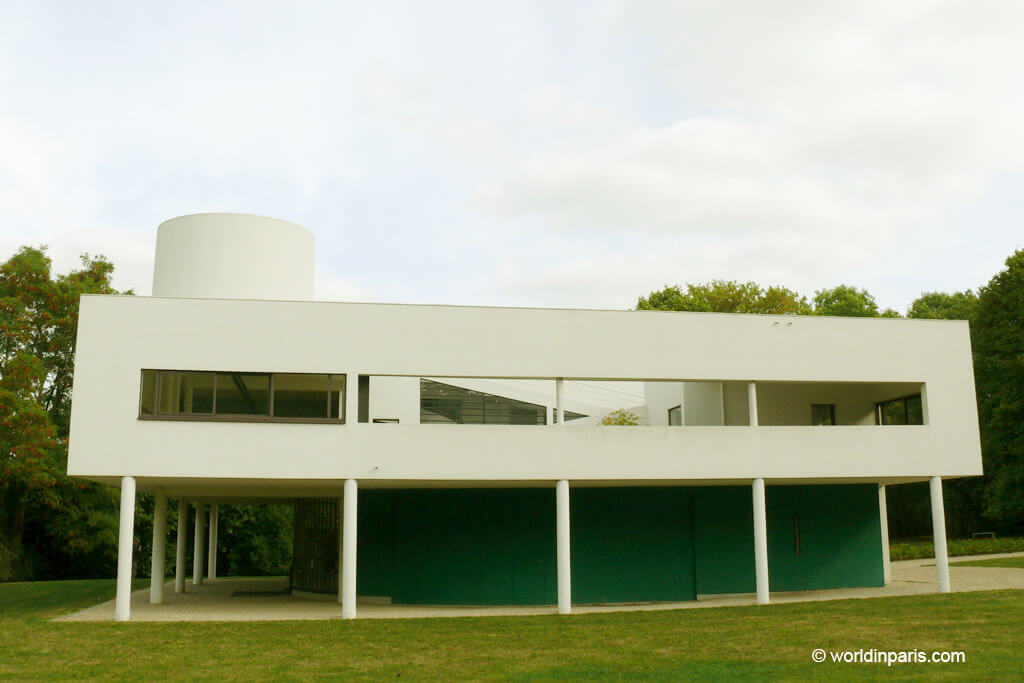 Formulated in 1926, Le Corbusier’s Five Points of a New Architecture meant the beginning of the Modern Architecture in the 20th century and dictated a new approach to the design of domestic architecture. The freedom of this new design vocabulary allowed huge amounts of light, air, and space while creating uninterrupted openings in building facades and liberating the interior from the post and beam reinforced concrete structures within.

Le Corbusier’s Five Points for a New Architecture are as follows:

1- THE USE OF PILOTIS (STILTS)

Thanks to reinforced concrete and stilts, there is no need for bearing walls and Le Corbusier lets the interior of the villa open and free in its usage. The natural flow of space was a key characteristic of Modern Architecture.

3- FREE DESIGN OF THE FACADE

Free of the load-bearing structure, the exterior of the villa loses its structural function and the architect has more freedom to design the facades. 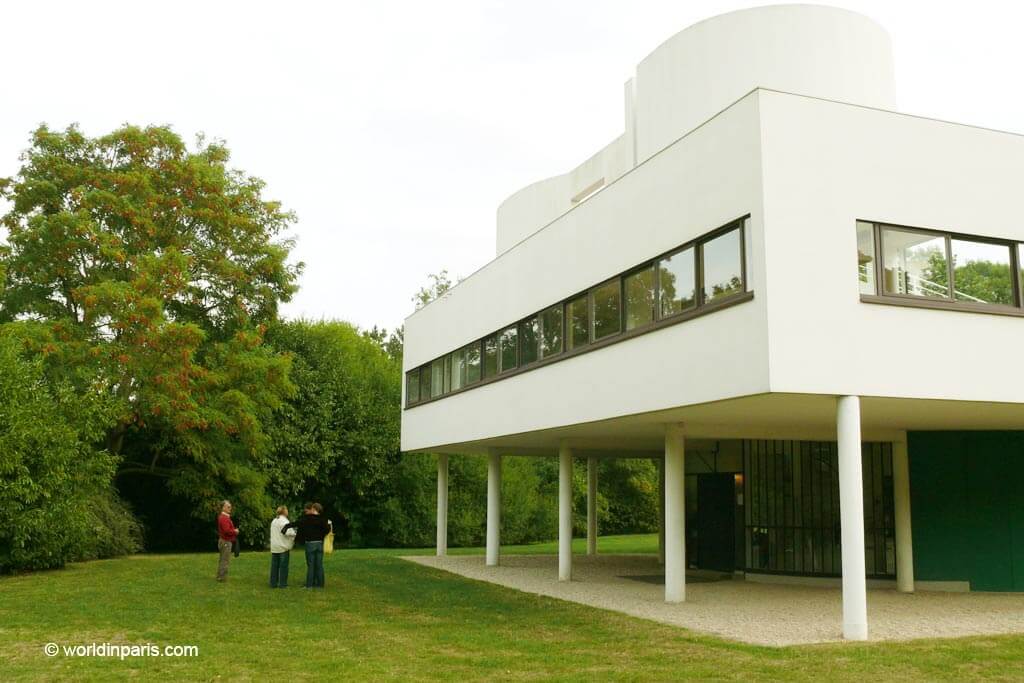 Thanks to non-load bearing facades, the architect can design long horizontal windows. In Villa Savoye all rooms are lit equally and there is a selective view of the surrounding environment.

The flat roof becomes a usable terrace where plants can be planted. In this way, Le Corbusier could bring nature into the home and it also allowed for increased views over the site. 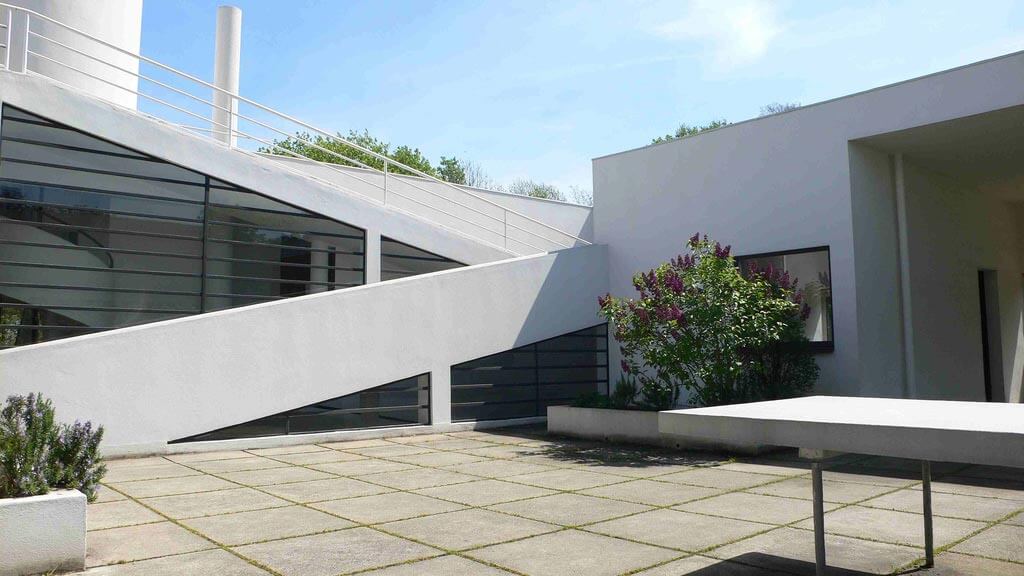 Another concept applied by Le Corbusier to this house was the “architectural walk” (the use of a wide ramp connecting the different floors instead of a narrow and vertical staircase) proposing the passageway from floor to floor as THE architectonic space for the 20th century and making intangible the boundary between indoors and outdoors. 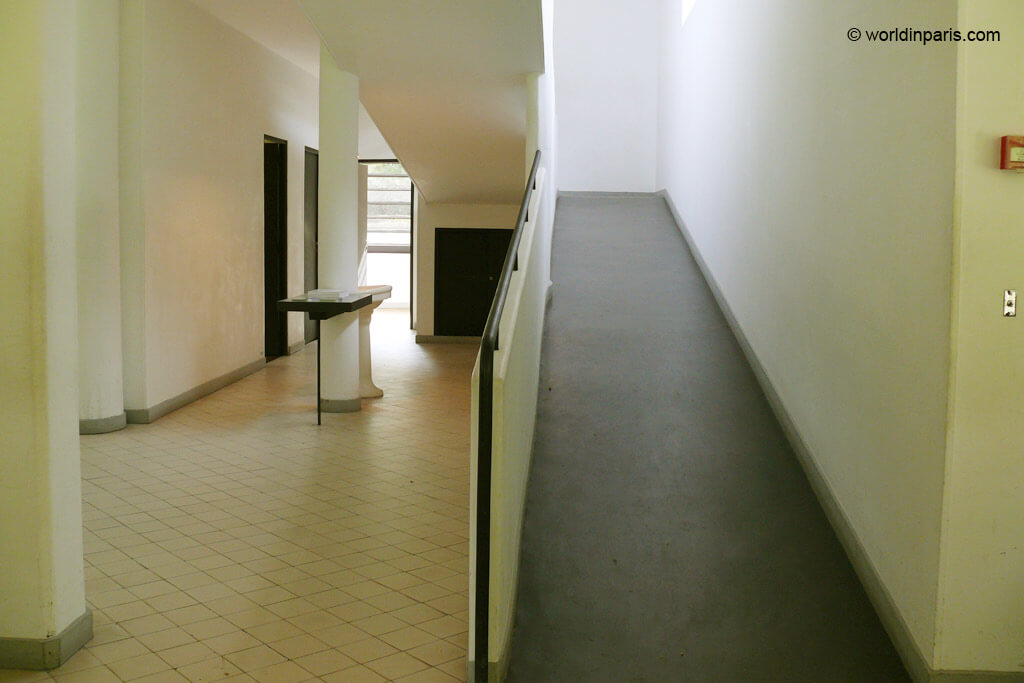 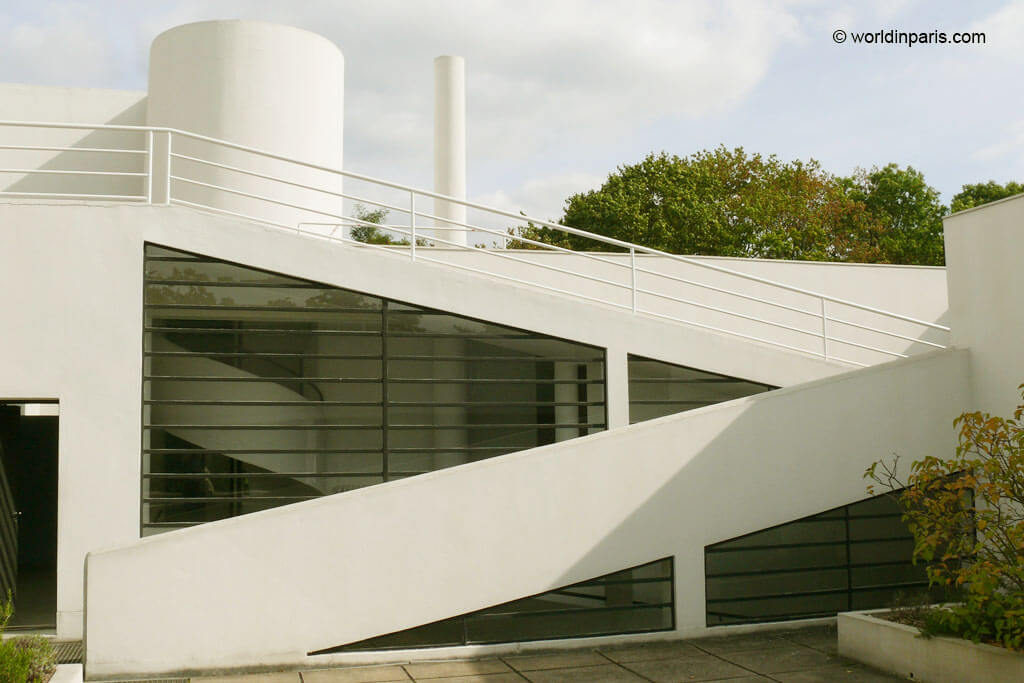 Le Corbusier is also known as a furniture designer. In Villa Savoye’s living room visitors can see the iconic MLF armchair and the chaise longue, two of Le Corbusier’s most famous designs. The idea of “chaise longue” also appears at the edge of the bath in the parents’ bathroom. 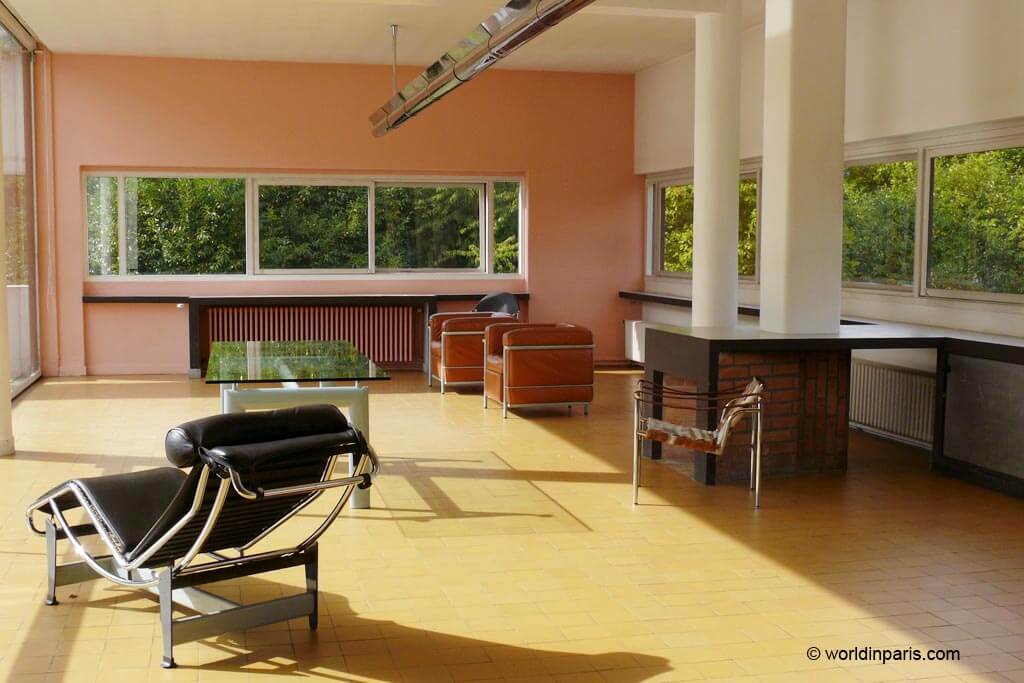 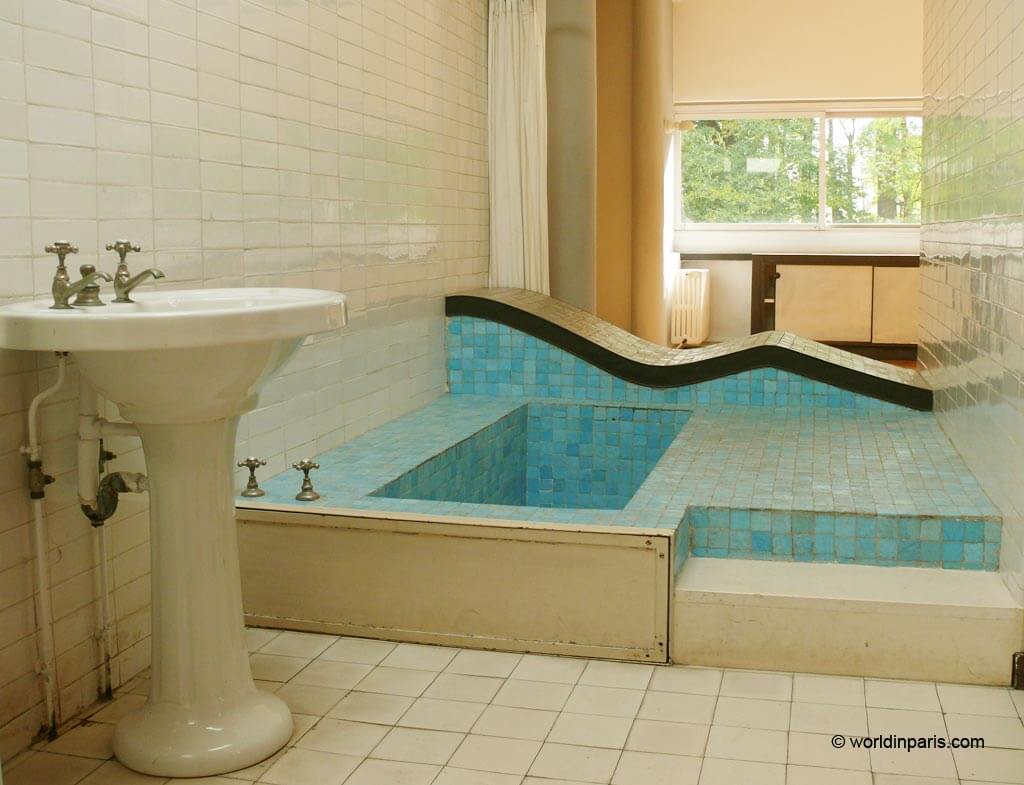 Villa Savoye, Le Corbusier, is located in the town of Poissy in Yvelines department. To go to Villa Savoye from Paris, take RER A at Charles de Gaulle-Etoile or Châtelet to Poissy Station. Out of the station, on the right, take bus #50 direction La Coudraie. The bus stop is called Villa Savoye (or just ask the driver to tell you when to stop). The exact address is Villa Savoye 82 rue de Villiers, 78300 Poissy.

Villa Savoye is open every day except on Monday, from 10 am to 5 pm. The entrance ticket is 8€. The entrance is free for UE citizens between 18-25 years. Also, it is possible to visit Villa Savoye for free during special occasions, like Les Journées du Patrimoine (usually on the second or third weekend of September). 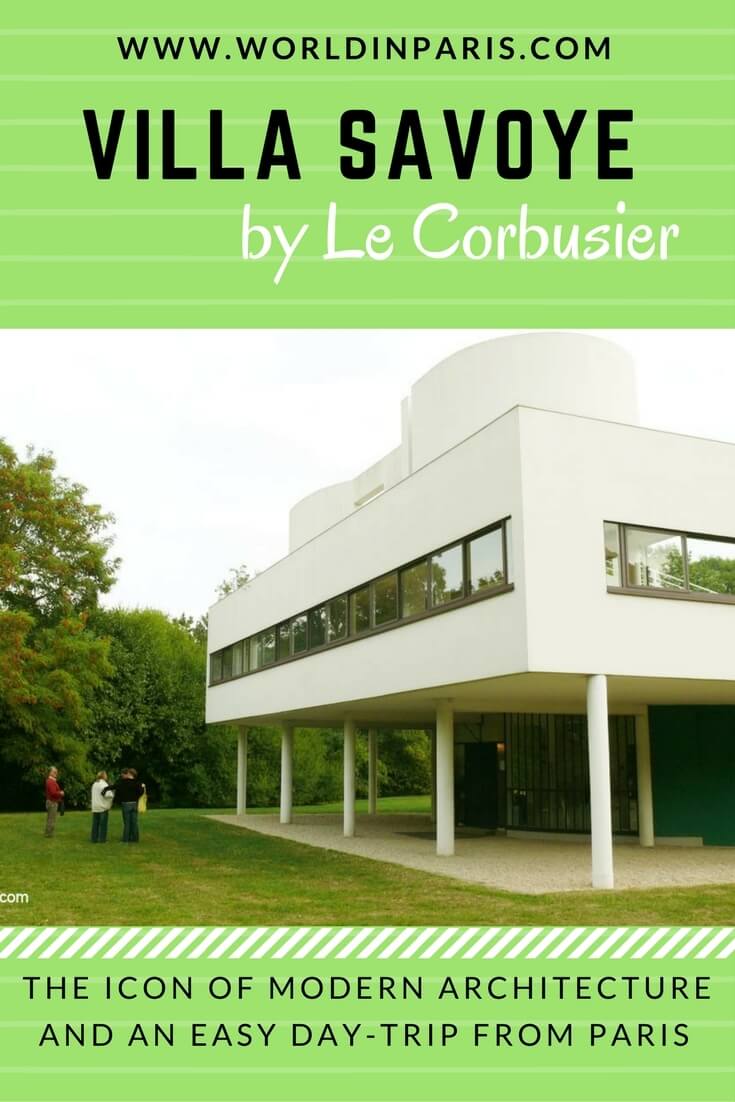