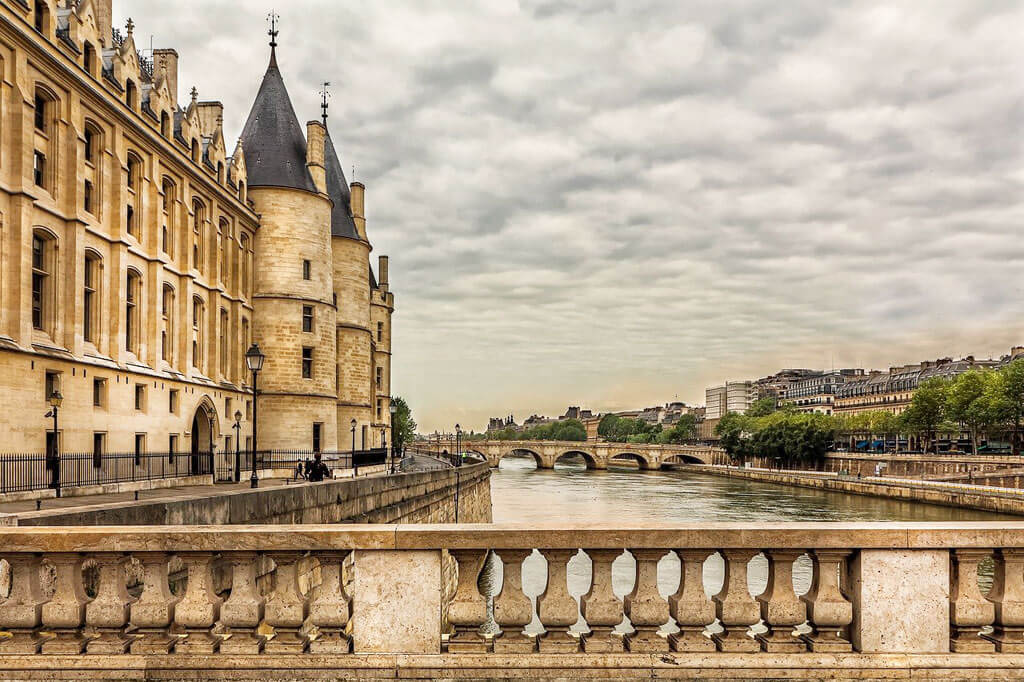 9 Curious Facts about the Conciergerie, Paris

Visit the Conciergerie in Paris

The Conciergerie – the building that runs along the Quai de l’Horloge, on the Île de la Cité–, is one of the most interesting historical buildings in Paris and also one of the most underrated by tourists and locals.

One of the oldest buildings in Paris, the Conciergerie is the main vestige of the former Palais de la Cité, which was the residence and seat of power of the kings of France from the 10th to the 14th century. The immense palace also included the current Palais de Justice and the splendid Sainte-Chapelle built by Saint-Louis.

Is the visit to the Conciergerie Paris worth it? Yes, it is! The Conciergerie in Paris has stunning architecture, and it is one of the best monuments to immerse yourself in the city’s extraordinary history.

With such a long history, it’s no wonder that there are so many curious facts about this impressive royal palace! Here are 9 of our favorite interesting facts about the Conciergerie in Paris 1 that you (probably) didn’t know.

On Ile de la Cité there’s a castellum or palatium since the 4th century AD. The Palatium occupied an area of ​​around one hectare. This space housed the Praetorian Tribunal and was temporarily the home of the two Roman Emperors Julian and Valentinian.

During the following centuries, the Franc Kings had a traveling court, and they stayed in Palais de la Cité during their trips to Paris. It was King Huges Capet, the first Capetian king, who in the 10th century established the Curia Regis (the Royal Council) and various departments of its administration in Palais de la Cité.

It is mainly to King Philippe Le Bel (1268-1314) that the building owes its Gothic architecture and turrets. At the time, the palace was considered one of the most beautiful in Europe!

Years later, King Charles V (1338-1380) decided to move his court outside the ramparts of Philippe Auguste in the current Marais. The Palace Guard, which had become an honorary and occasional residence, was entrusted to the Concierge, a high figure in the kingdom. The Concierge was appointed by the king to ensure order, the police, and register the prisoners.

The Conciergerie in Paris owes its name to this Concierge of the Palace, and the name was extended to all the buildings guarded by the Concierge.

The Conciergerie is France’s Oldest Prison

By the end of the 14th century, King Charles VI (1368-1422) converted the Conciergerie into a state prison, where many prisoners awaited trial and execution. In the Conciergerie prison, the richest had their own cell with a bench, while the less fortunate were crammed on the floor.

The Conciergerie Hosted the Revolutionary Tribunal

During the French Revolution, the Conciergerie was the scene of the sessions of the Revolutionary Tribunal, during which nearly three thousand people were sentenced to death.

During the renovation of the museum, this reconstruction was removed to make way for a chapel.

The four beautiful pointed towers which flank the building are from left to right:

Tour César – The Caesar tower. Built on Roman foundations, it is so named in memory of the presence of Romans in Paris.

Tour Bonbec – Good Word Tower. This tower was the place where the ‘question’ (torture) was practiced, which made the tortured confess (bonbec or good beak = good word).

The Conciergerie Clock is the Oldest in Paris

The 47m Tour de l’Horloge is decorated by the oldest clock in Paris. Working since 1371, the Conciergerie clock is stunning, and it had the purpose of helping Parisians regulate their activities during the day and night.

A Latin inscription is found below the clock: ‘MACHINA QUAE BIS SEX TAM JUSTE DIVIDIT HORAS, JUSTITIAM SERVARE MONET LEGESQUE TUERI’ which is translated in English by ‘This mechanism which divides time into perfectly equal twelve hours helps you to protect justice and defend the law’.

A Peek Inside the Conciergerie, Paris

Located on the ground floor, the level for the King’s staff and service, it was used as a refectory by the King’s numerous servants and men at arms (up to 2,000 people). Four huge fireplaces heated the hall, and the vaults originally had windows that illuminated the space.

Don’t miss the capital depicturing the history of Héloïse and Abélard.

This also impressive hall was used by the Royal Guard. Later it was used as the anti-chamber to the Grande Salle, where the King gave justice.

When the King left the Palace, the Concierge installed here the dungeons for the prisoners without resources.

Commissioned by King Jean Le Bon, these kitchens were used to prepare the food for the King’s staff.

THE CONCIERGERIE DURING THE FRENCH REVOLUTION

During the French Revolution, the lower part of the old palace was completely transformed into a prison.

Behind the Salle des Gens d’Armes, there’s the part that presents a reconstruction of the Conciergerie prison. Here, you can visit the Rue Paris, the corridor used by Monsieur Paris in charge to execute the prisoners, the dungeons, a small museum with objects of the time, and an expiatory chapel built at the place where Queen Marie-Antoinette spent her last days.

A ticket to the Conciergerie costs 9€.

You can visit the Conciergerie for free if you are (and you can prove it):

What to Do Near the Conciergerie, Paris? 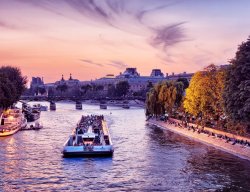 These are the Best Seine River Cruises in Paris!

Chasing Claude Monet in Paris (& beyond) 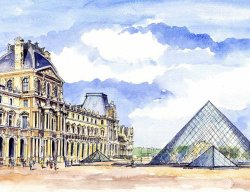