About the Sainte Chapelle in Paris

The Sainte Chapelle in Paris is one of the top sights to visit in the French capital, both for its beauty and fascinating history. This medieval building is located on Ile de la Cité, in Paris 1, not far from the Conciergerie or Notre Dame Cathedral.

This Chapel can’t be seen from the street because it’s set within Paris Courthouse. The only way to visit Sainte Chapelle, even from outside, is with a ticket.

Flash photography in the Sainte Chapelle is prohibited so natural lighting is paramount.

The best time to visit Sainte Chapelle in Paris to capture the Sainte Chapelle’s Stained Glass windows in all their glory is during sunset (one hour or so before sunset). In summertime sunset timing is around 9.30 pm whilst in wintertime is around 4 pm.

When the sun is overhead, the rays don’t enter at an angle so it is not a good time for photography.

Sunset is the most crowded time to visit Sainte Chapelle so if you are not that interested in photography avoid sunset.

Try to visit Sainte Chapelle first thing in the morning when it is not crowded yet and you can explore the Chapel in peace.

If possible, choose a sunny day for visiting Sainte Chapelle. Cloudy days are not ideal but in these days all the windows are evenly lit. When the sun is out then, at best, half are lit.

Due to COVID-19 restrictions, the Sainte Chapelle has reduced the number of visitors inside. We strongly recommend buying your skip the line tickets online and well in advance.

TIP: Visit Sainte Chapelle + the Conciergerie with this skip-the-line combo ticket and save time and money!

The Sainte Chapelle proposes classical music concerts (1 hour) in the evening. This is a unique experience, enjoying the music and the spectacular setting, with the Sainte Chapelle’s stained glass windows.

Of course, at this time regular visitors have gone and there’s plenty of time before and after the concert to walk around and visit the chapel in peace.

Facts about Sainte Chapelle in Paris

The Sainte Chapelle in Paris was built in the mid 13th century by King Louis IX (future Saint Louis), at the heart of the Royal Residence, the Palais de la Cité. It was built to house the relics of the Passion of Christ and served as the private chapel of the Royal Family.

The Upper Chapel is adorned with a unique collection of stained glass windows. The Sainte Chapelle windows consist of 15 panels and a large rose window. The panels tell the story of the Bible, and how the relics that were housed there came to Paris.

King Louis IX bought the saint relics to the Emperor Baudouin II of Constantinople. Originally there were 22 relics, being the Crown of Thorns the most important.

The nearest Sainte Chapelle is the one located inside Château de Vincennes. Commissioned by King Charles V, it was consecrated under the rule of King Henri II and it hosted a fragment of the Holy Cross brought from the Sainte Chapelle in Paris. Don’t miss this beautiful (and recently restored) Chapel and also Château de Vincennes, one of the most beautiful castles near Paris!

The visit of Sainte Chapelle starts with the Lower Chapel, which was dedicated to parish services. The dark atmosphere of this Chapel evokes a crypt.

The nave has four bays. Construction of the vaults raised some technical problems due to the dimensions of the Chapel and small columns reinforced with tie beams were added to reduce the width which had to be covered.

In this chapel, the vaults are decorated with fleur de Lys. The fleur de Lys is also found on the columns, and ribs, alternating with towers and they symbolize King Louis IX and his mother Blanche of Castille.

A hidden staircase at the side of the entrance leads to the Upper Chapel, used by the Royal Family. This chapel has four bays and a seven section choir.

Here, the walls are much taller than in the Lower Chapel and they are in great part covered only by colorful stained glasses giving the feeling of entry into the Heavenly Jerusalem, bathed in light and color.

In this chapel, the vaults are decorated with stars instead of fleur de Lys

The Upper Chapel hosted the Saint Relics, inside the Great Shrine. This was melted during the French Revolution and now the relics are part of the Treasure of Notre Dame (saved from the fire).

The 15 windows (15.4 m height and 4.25 m width) are considered as masterworks of the art of stained glass. They are composed of 1,113 little pieces of glass and most of them date from the 13th century.

Only five colors are used in the Sainte Chapelle windows – blue (from cobalt), red and green (from copper), purple (from manganese), and yellow (from antimony).

Details such as facial expressions and folds in fabric were added with the ‘grisaille’ technique. This technique uses a mixture of powdered glass and iron oxide, diluted in water and vinegar. The mixture is applied to the colored glass with a paintbrush.

The painted pieces of glass are then fired a second time at 600C to fix the grisaille.

Then the pieces of glass are assembled scene by scene and held together with strips of channeled lead. Finished sections of the stained glass windows are never very large, to make sure that they don’t collapse under their own weight.

In the 13th century, much of the world’s population was illiterate, that’s why churches were decorated with sculptures, stained glass, and paintings telling stories of the Bible.

The Sainte Chapelle stained glass windows are like a book that tells the story of the Bible, and how the relics that were housed there came to Paris.

To read all these stories, start at the first window on the left side of the Upper Chapel. You should read these stories from left to right and from the bottom upwards.

The last window shows St Louis as the legitimate successor to the Biblical rulers (on the previous window). It depicts the finding of the relics and the true cross in Jerusalem by St Helena, their journey to Byzantium, their purchase by St Louis, and their final resting place in Sainte Chapelle.

You are also welcome to join France Bucket List our France Travel Planning Facebook Group – it is a great resource to enable you to ask questions about your upcoming trip to Paris or France! 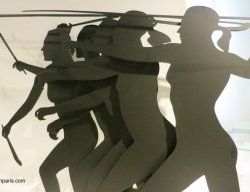 The Musée de l’Homme is back (and it rocks!) 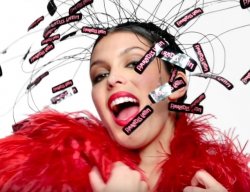 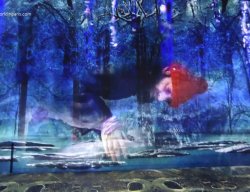