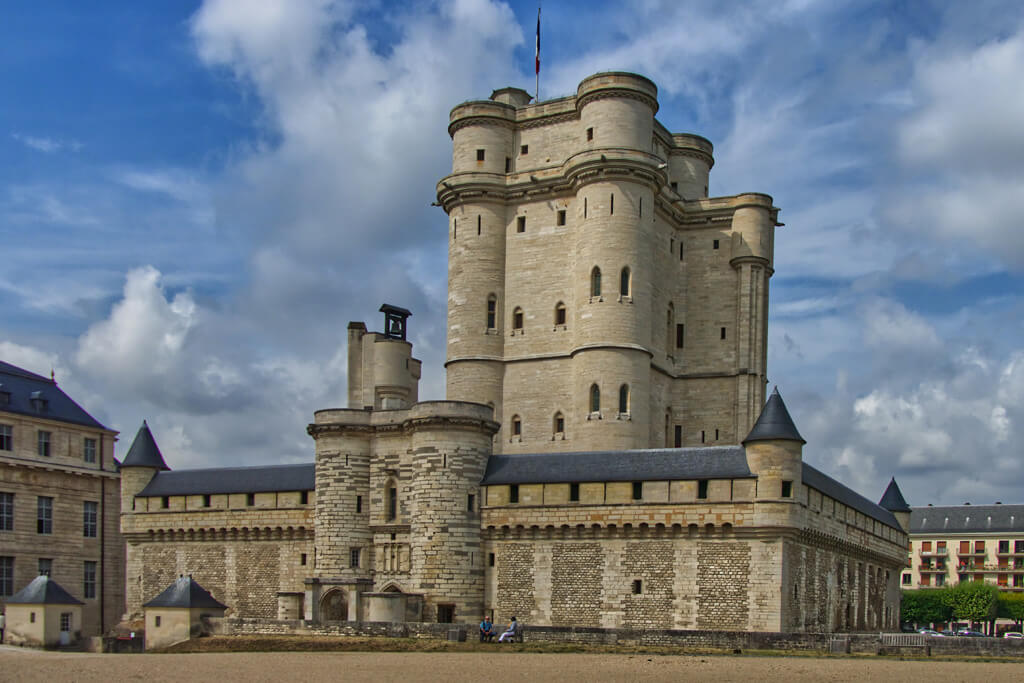 Château de Vincennes is one of the most interesting royal castles near Paris. This vast medieval fortress is located in the commune Vincennes, just out of Paris, and it is very easy to visit on a half-day trip from the French capital.

How to get to Château de Vincennes, how much it costs to enter, and all other useful information can be found in this article.

Château de Vincennes makes a beautiful half-day trip from Paris. Click here for the list of best side-trips from Paris

Click here to buy your tickets to Château de Vincennes

There’s an interesting guided tour in French (45 min) proposed by the staff in the château for free.  The visit starts at 10.30 am and at 2.30 pm, and it is a good introduction to the history of the château and its main highlights.

Château de Vincennes is closed on 1st January, 1st May, and 25th December.

In the 12th century, there was a simple hunting lodge in the middle of Vincennes’ forest, on Paris’s outskirts. In 1180, King Philippe Auguste decided to transform this hunting lodge into a manor and royal residence.

Château de Vincennes saw important royal events like the second marriage of Philippe III (1274) or the death of the Kings Louis X (1316) and Charles IV (1328). The château was also  Saint Louis (1214-1270) favorite residence. It is said that Saint Louis used to render justice under an oak tree in the forest of Vincennes, near the château.

At the beginning of the Hundred Years’s War, King Jean II decided to build the current keep and fortify the site with thick walls punctuated by nine towers. His son, King Charles V, chose the château as his main royal residence and continued the works started by Jean II until he died in 1380.

The works to build a second Sainte Chapelle, inside the Château de Vincennes, started in 1379, but the project was forgotten after the death of King Charles V. The works resumed under the reign of King Henri II, and the Sainte Chapelle was consecrated in 1552.

The kings that followed – from Louis XI to Louis XIV – used Château de Vincennes as their main residence or spent long periods in the castle. These kings left the royal apartments inside the keep for a new single-story pavilion built in the castle’s southwest corner.

Château de Vincennes was definitely abandoned as a royal residence when King Louis XIV moved to Versailles’ Palace in 1682.

Forgotten by the royals, the fortress was used first as a site for the Vincennes porcelain manufactory and then as a state prison for VIPs. People like Fouquet, the Marquis de Sade, and Mirabeau were kept inside the keep.

During the French Revolution, Château de Vincennes became a military arsenal. Napoleon I leveled the wall towers to adapt the château for modern artillery use.

Château de Vincennes was closed in 1995 as the keep threatened to fall. After the consolidation of its structure and an extensive renovation program, the keep and the royal apartments reopened to the public in 2007.

Château de Vincennes is a listed French historical monument, and it is open for visitors. Today, it also hosts the French Ministry of Defense’s historical archives and library.

A Peek Inside Château de Vincennes

Visitors access the site through the château’s original main gate, a gateway with a drawbridge originally adorned with sculptures. Inside the walls, outstand the Keep, the Sainte Chapelle (Holy Chapel), and beyond another gate in the south, the classical pavilions built for the last kings.

Right after the entrance, on the left, there are the ruins of the former manor (12th century), which was gradually destroyed from the 17th century onwards.

The keep is surrounded by a moat which in medieval times was filled with water. The access to the keep is through a footbridge and then a châtelet (a gatehouse with the shape of a small castle).

The gatehouse’s external façade was originally adorned with the statues of Charles V, his wife Jeanne de Bourbon, and Saint Christopher, with the Trinity standing over them.

On the gatehouse’s first floor, there was the King’s cabinet. This small room with wall paneling, vaulted ceiling, and a small fireplace is the only confirmed place of work of a medieval sovereign still in existence.

King Charles V used to work and receive visitors in this cabinet, from where he could view what was going on inside the fortress. From this room, he directed the war with the English in 1371-72.

The bed chamber (in the keep) and cabinet were connected by a walkway which was not covered in medieval times.

In the Middle Ages, the only entrance to the keep was at first-floor level. Visitors first climbed the exterior staircase built against the gatehouse wall, then crossed the wooden footbridge above.

Château de Vincennes’ keep has the particularity of being the only medieval royal residence still in its original layout. Each floor has the same layout, with a huge central hall and secondary rooms in each corner turret.

On the first floor, there was the Council Room, while the King’s apartments occupied the second floor.

Inside the Keep, the king moved between the first two floors via a wide spiral staircase constructed in one of the corner turrets. An earlier, smaller staircase in the thickness of the south wall serves all levels.

King Charles V’s bed-chamber was placed in the central hall, adorned with a fireplace, and covered by a wooden ceiling with beautifully painted ribs.

The King always traveled with some cash (sacks of gold and silver) and his finest manuscripts, and he kept them locked in a chest placed in the west window recess.

This beautiful Gothic chapel located just in front of the keep was commissioned by King Charles V in 1379 to house the Passion of Christ’s relics. When he died in 1380, the works slowed down and eventually stopped. The chapel was finally consecrated in 1552 under the reign of King Henri II.

For a chapel to be considered a holy chapel, it needs to have a plan based on that of the Sainte Chapelle of the Palais de la Cité in Paris and host some relics of the Passion of Christ. This chapel, however, has a single level 20 meters high instead of two.

The chapel’s treasury hosted the relics and the Baptistère de Saint Louis, used as the baptismal font for children of the French royal family from at least as early as Louis XIII. During the French Revolution, the baptistery was moved to the Louvre and is now in the Islamic Arts department.

This (not so) secret Plan Escale is an evacuation plan of the Elysée Palace — the President of France’s official residence — to the Château de Vincennes in case of floods.

Indeed, the Elysée Palace, in the 8th Arrondissement of Paris, is in a flood zone, and there is nothing more effective than a 52-meter keep for finding refuge for the French President in the event of a major flood of the Seine in Paris.

Established a few years ago but never triggered, the Plan Escale will be activated if necessary, and everybody is ready at Château de Vincennes! 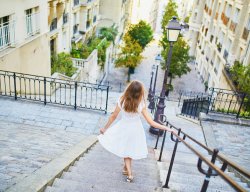 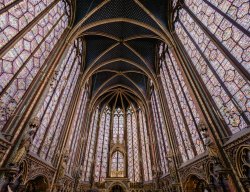 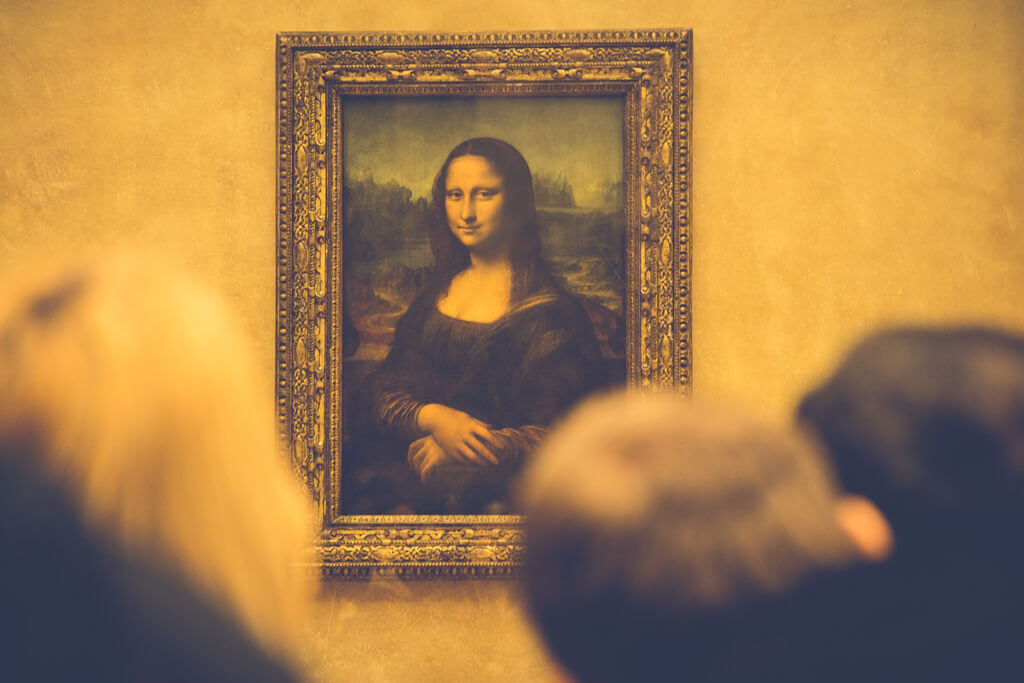 Why is the Mona Lisa so Famous?