About the Paris Walkways

The Covered Passages of Paris (Les Passages Couverts de Paris in French) are hidden gems in Paris, a world apart from the crowded tourist attractions or busy Grands Boulevards.

By the end of the 18th century, town planners created a labyrinth of commercial covered passages in Paris with beautiful stained-glass ceilings, mosaic works, and iron latticework, all bathed in natural light.

Apart from its dominating merchant role, the Paris walkways were also the new bourgeois’ favorite stroll, the place to show up and socialize in its endless cafes, traditional bistros, or small theaters.

Over the years, only a few Parisian walkways survived. Restored to its former glory, the Paris passages are today real Art Nouveau / Neoclassical architectural gems and if you know where to look, you will find a hidden world of delightful ancient boutiques, cute cafes, and other curiosity shops.

These charming and secret Paris walkways, totally free to visit, are the perfect shelter for a rainy day in Paris but also a trip back in time to the wonderful Belle Époque.

The Covered Passages are one of our favorite secret places in Paris. Click here for the list of the most beautiful hidden gems in Paris.

Luckily for us, most of these secret passages in Paris are located in the first, and second Arrondissements of Paris so if you decide to organize a Paris covered passages walking tour you can go from one covered walkway to the next one on foot. With few exceptions, they open from Monday to Saturday, during business hours.

Here is the Paris Covered Passages Map with all the Paris walkways described in this piece:

Looking for beautiful, self-guided walks in Paris? Explore the Secret Passages of Paris at your own pace with these self-guided Paris Covered Passages Walking Tour ideas. On your way, you will find typical Parisian bistros, cute cafes, nice vintage shopping, and more.

1. Galerie Vivienne Paris – The Most Elegant

Start your Paris Passages walking tour with Galerie Vivienne (or Passage Vivienne). Built in the 1820s in Paris 2, near the Palais Royal, Galerie Vivienne is one of the most beautiful covered passages in Paris well known for the elegance of its boutiques. If you have time to visit only one Parisian walkway, choose this one.

Today Galerie Vivienne Paris gathers luxury boutiques, bookshops, fabric shops, and lovely Parisian cafes. Don’t miss its elegant architecture and the original mosaic floor with the names of the former shops at the entrance of each shop.

» GALERIE VIVIENNE OPENING HOURS: Every day from 10 am to 8 pm.

Don’t miss the richness of its neoclassical architecture, featuring a 15-meters diameter rotunda. Today, this covered walkway does not have any shops but it is interesting to visit for its history and elegant decoration. Passage Colbert hosts l’Institut National d’Histoire de l’Art and L’Institut National du Patrimoine.

» THE PERFECT BREAK: the restaurant Le Grand Colbert (2 rue Vivienne), with its unique Art Nouveau atmosphere, is perfect for a good meal or a hot chocolate in the afternoon.

» GALERIE COLBERT OPENING HOURS: Every day from 10 am to 8 pm.

Le Passage du Grand Cerf was built in 1825 on the site of the Hôtel du Grand Cerf, from which it took its name. Its pleasing interior is home to many artisan shops and high-quality jewelry boutiques.

Don’t miss its spectacular 12 meter-high structure made of metal and wrought iron with a beautiful glass roof and its flourished balconies on the first floor.

» THE PERFECT BREAK: Le Pas Sage (#1) is a wine bar perfect to finish your shopping in style.

» PASSAGE DU GRAND CERF OPENING HOURS: Monday to Saturday from 8.30 am to 8.30 pm. Closed on Sundays.

Passage des Panoramas was built in the year 1799 and as you can see in the Covered Passages Paris Map, it is located between the districts of Paris 9 and Paris 2.

Passage des Panoramas is the oldest of the surviving Paris walkways and the first one illuminated with gas lamps in 1816. Its name comes from the two large rotundas built at the entrance of the passage (disappeared today) to display panoramic paintings of Paris, Toulon, Rome, Jerusalem, and other famous cities.

» OUR MUST SEE’S: the French engraving and printer Henri Stern (#47) set up business in this passage in 1834. Today the shop is working as a fancy cafe but you still can see the original details of the former shop. Check out the artists’ entrance to Théâtre des Variétés (#17). Tombées du Camion (#44) is a cute shop with interesting (sometimes weird) collectibles.

» THE PERFECT BREAK: Restaurant Noglu (#16), is one of the few gluten-free eateries in Paris. Enjoy some of the best of French wines at Les Racines (#8) specialized in trendy natural wines. La Crêperie (#62) proposes yummy crêpes and ice creams.

» PASSAGE DES PANORAMAS OPENING HOURS: Every day from 6 am to 12 am.

5. Passage Jouffroy Paris – The Most Genuine

If you want to know how these covered passages of Paris looked like during their heydays, Passage Jouffroy is the place to go. Crowded and packed with quirky boutiques, this Paris walkway is always fun to walk. This is also the most touristy passage thanks to Musée Grevin, the Parisian version of Madame Tussaud’s, with the exit inside this passage.

Don’t miss its structure: this is the first Parisian passage built entirely of metal and glass with the only exception of the decorative elements in wood. We also like the floor, paved with a geometric pattern composed of white, gray, and black squares.

» THE PERFECT BREAK: stop at Café Zéphyr (12 Boulevard de Montmartre) to enjoy a nice Art Déco atmosphere and eat a couple of Parisian cakes. And why not sleeping inside the passage? Stay at charming Hôtel Chopin (#46) for a fashionable sleep, with good deals if you book in advance.

6. Passage Brady Paris – The Most Exotic

Passage Brady, in Paris 9, is the most exotic of the covered passages of Paris. It is easy to understand why Passage Brady is called ‘Little India’ by the locals: this colorful and perfumed Parisian walkway is full of Indian, Pakistan, Mauritian, and Reunion curry restaurants, spice shops, and bazaars.

Passage Brady was built in the year 1828 by the merchant M. Brady from whom it took the name. Passage Brady was originally a beautiful covered passage with an elegant rotunda to compensate for its irregular design. During the Hausmanninan works, in 1854, the passage was cut to let the new Boulevard de Strasbourg pass.

Today only the part connecting rue du Faubourg Saint-Denis to Boulevard de Strasbourg is covered. Don’t miss the beautiful Art Nouveau inscription with the name of the passage at the entrance. The view from the eateries located on the first floor deserves a lunch break at Passage Brady.

» OUR MUST SEE’S: Épicerie Velan (#87) to buy Indian and Pakistani specialties (and any kind of species).

Passage Choiseul, in Paris 2, was named after d’Étienne-François de Choiseul-Beaupré-Stainville, War Minister, and Foreign Affairs Minister during King Louis XV’s reign. As you can see on the Paris Covered Passages Map, this Parisian arcade is as long as this man’s name! Actually, with 190 meters in length, this is the longest of all the Paris walkways.

Thanks to a deep recent restoration, the beautiful glass roof is now bathing the walkway with natural light. The first and second floors of this passage are occupied by shops while the third floor is mainly residential. The Thêatre des Bouffes Parisiennes (1857) has its secondary exit in the passage so there is a certain animation after the show.

» PASSAGE CHOISEUL OPENING HOURS: From Monday to Saturday from 8 am to 8 pm. Closed on Sundays.

Passage du Bourg-l’Abbé in Paris 2 was built in early 1828 by the architect Auguste Lusson between the Passage du Grand Cerf and the Passage de l’Ancre. It formed a long walk that allowed shelter from bad weather and traffic.

Years later, the passage was amputated by several meters during the construction of Boulevard de Sébastopol and the construction of rue Palestro. The new entrance to the passage opening on rue Palestro was the work of Henri Blondel, the architect who also designed the Stock Exchange of Paris. The two caryatids that frame the entrance represent Industry (left) and Commerce (right). At the key, a hive, inscribed in a cartouche, also translated the economic activity of the passage.

After the 1980s the passage was in very poor conditions. The commercial spaces did not seek to attract visitors or enhance the passage, they were used primarily as warehouses.

Victim of a fire in the 1990s, the place was almost abandoned until the condominium found the necessary funds for the restoration works. From 2002 to 2008, the passage was completely renovated and little by little, Passage Bourg-l’Abbé is trying to find its lost charm again.

» THE PERFECT BREAK: admire the soil, canopies, and interior facades with beautiful painted decoration. All these elements are listed Historic Monuments and protected. At the end of the passage, a clock faces a barometer that no longer works.

» PASSAGE DE BOURG-L’ABBÉ OPENING HOURS: From Monday to Saturday from 7.30 am to 7.30 pm. Closed on Sundays.

The current layout of this passage is a consequence of the eternal fight between the owners of Galerie Vivienne and Galerie Colbert to attract visitors.

Today Passage des Deux Pavillons continues to be an excellent shortcut to Galerie Vivienne and even if it is nothing exceptional, it is well worth a short visit now that you know its history!

Sleep in the Covered Passages of Paris

Hotel Chopin Paris is located inside one of the most beautiful covered passages in Paris, the Passage Jouffroy. Join the passage’s busy life during the day and enjoy its special atmosphere at night when the stores close. Have a quiet sleep, far from the busy streets of Paris! The hotel proposes very good deals if you book in advance.

And there you have it, the list of most charming covered passages in Paris. Which one would you choose for a stroll right now? 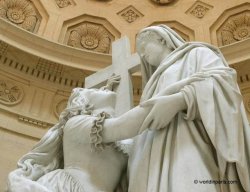 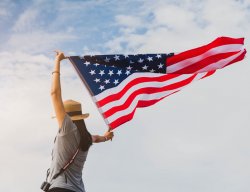 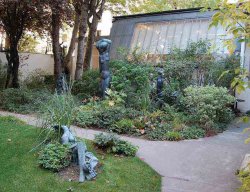