On the occasion of the “Oktoberfest”, the largest beer festival “made in Bavaria” and currently exported to the whole world, WorldinParis wants to propose Germans and Deutsche Kultur lovers a little bit of Germany in Paris. We have listed below our favorite German addresses in the City of Lights. 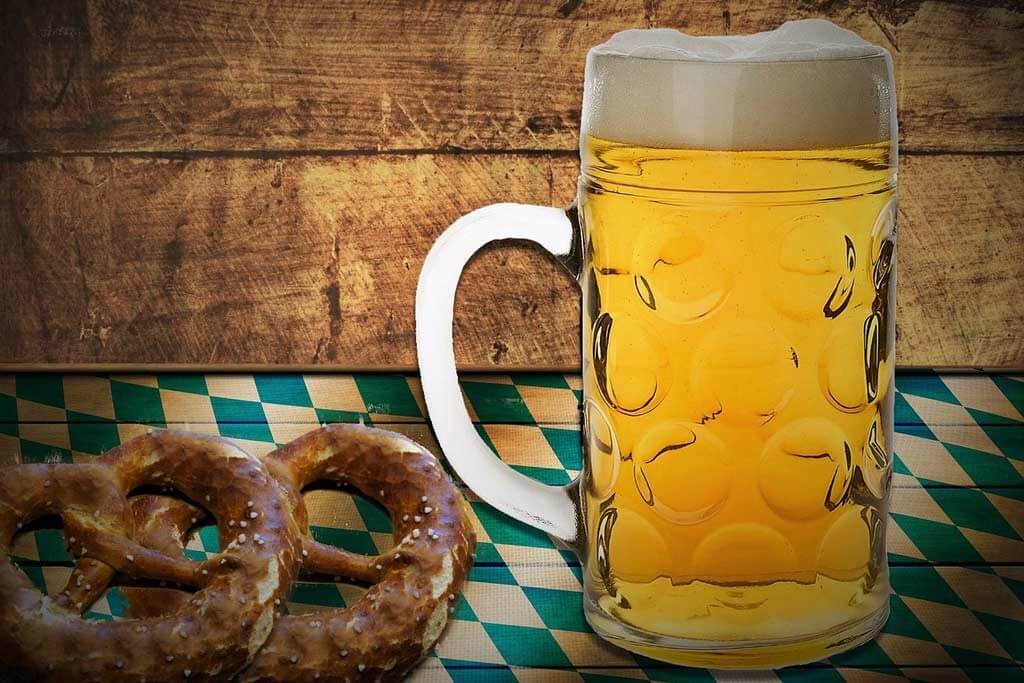 The Hôtel Beauharnais, located in the seventh Arrondissement, is the official residence of the German ambassador in France. This historic building built in the 1710s is one of the most beautiful examples of Empire architectonic style in Paris. The hôtel’s most important owners were Eugène de Beauharnais, Napoleon I’s stepson, and the Prussian king Frederick William III. The latest transformed the hotel into the seat of the Prussian Legation which became later the German Empire’s embassy and finally the current Federal Republic of Germany’s embassy. 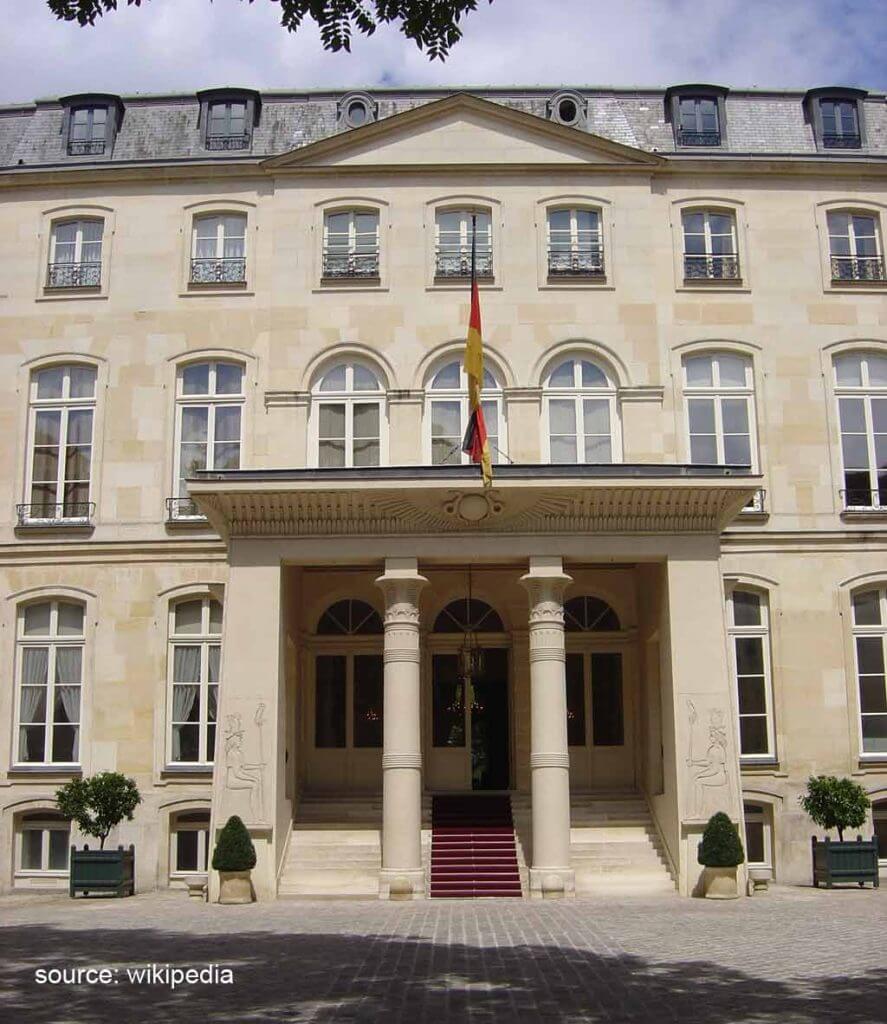 Despite its different owners, the hôtel’s architectonic style was always respected and most of the furniture decorating the different rooms is still original from that period. The hôtel’s main feature is an added portico in Egyptian style. Today the hotel can be visited all Mondays for free joining a guided visit (in French) that lasts one hour (registration here). Sometimes the hotel is also opened to visitors during big cultural events like Les Journées du Patrimoine.

A LITTLE BIT OF GERMAN CULTURE

If you want to have a full picture of the German culture, the Goethe Institut is your place. This German institute that can be found everywhere in the world always proposes interesting exhibitions, conferences and events in Paris, check their full program of events here. The Goethe Institut proposes also German language courses and a nice library with a wide choice of media.

Another interesting cultural event in Paris is the Festival du Cinéma Allemand (German Cinema Festival) organized by cinema Arlequin in the 6th Arrondissement of Paris. For one week, usually at the beginning of October, this festival proposes the best of German film production with many films premiere, usually with the assistance of its directors. Check the festival’s program here

You can also enjoy German culture in Paris through the wide selection of books available in these two German bookshops:

Le Berliner is located in the young and lively Bastille district. This pub proposes a virtual trip to Berlin of the 2.000s through its decoration, (underground) music and bohemian atmosphere. The owners, Wilfried and Maxime, are French but they have spent enough time in Berlin to catch the city’s spirit. What to order? Beers (Augustiner, Kostritzer . . .) and currywurst, of course! 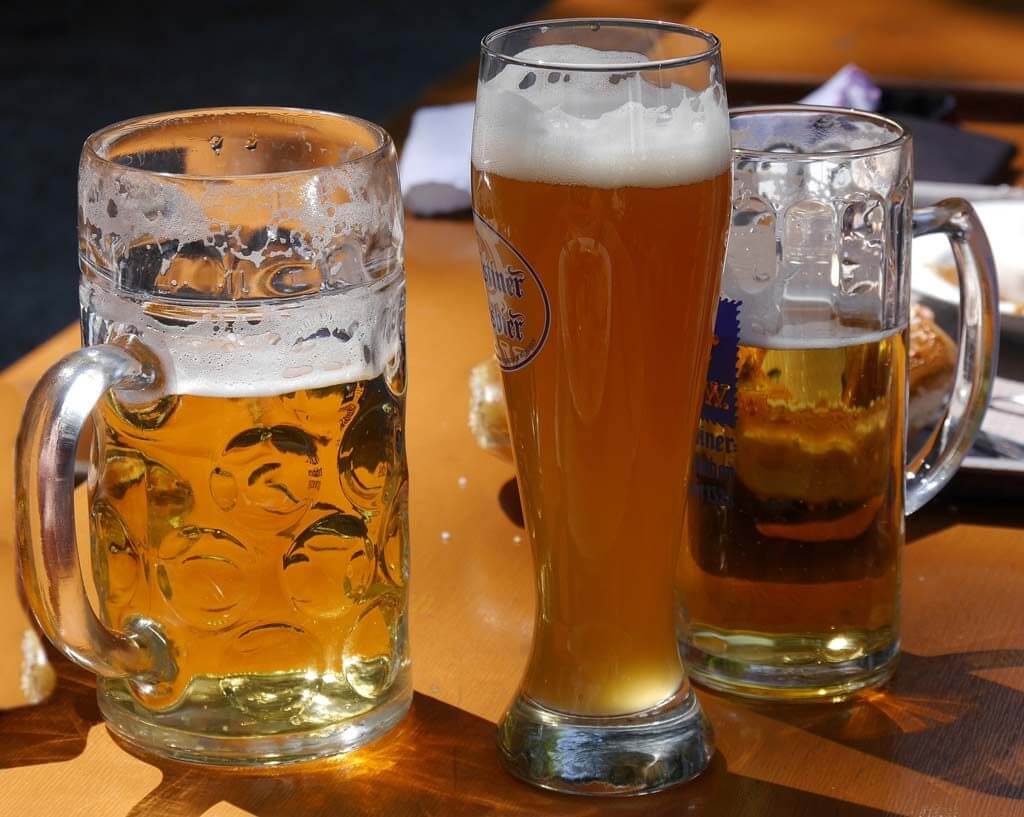 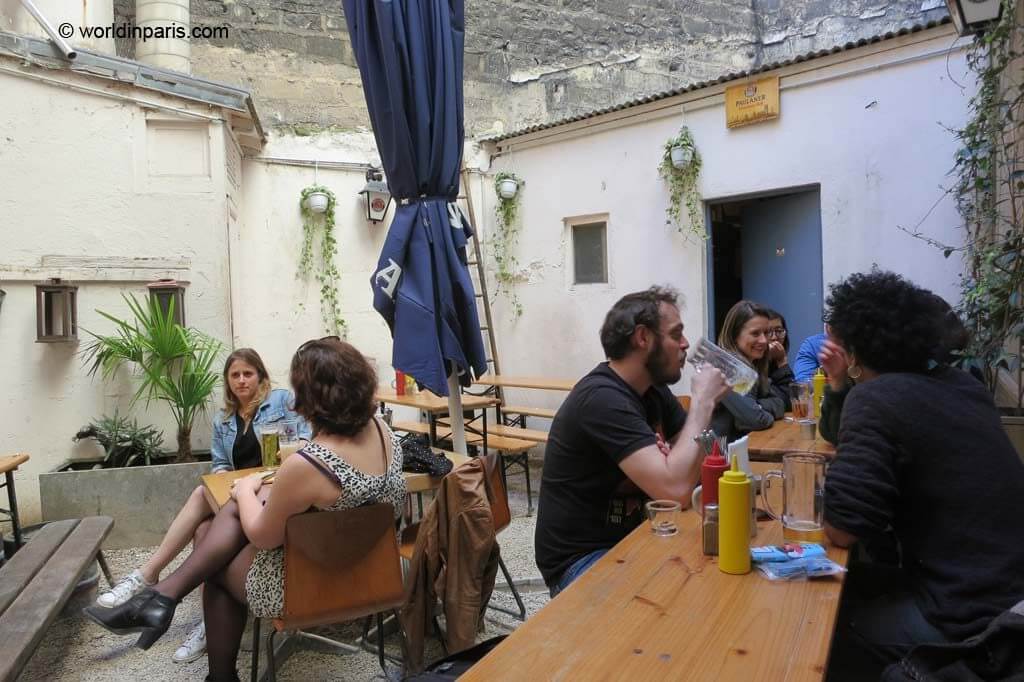 What is a Biergarten? This is another cool Bavarian invention of the XIX century that today forms part of the landscape of every city or village in Germany. This “beer-garden” usually has long wooden tables and benches where friends usually meet to have a good time and, of course, drink beer. This concept was imported in Paris two years ago by Kiez, trying to make homesick Germans a little bit happier through its beers (Paulaner, Bitburger Pilsener, Früh Kölsch) and food (brezel, all kind of wursts or Spätzle, the local pasta). Kiez is definitely a place not to miss, it is like if we were in Munich! 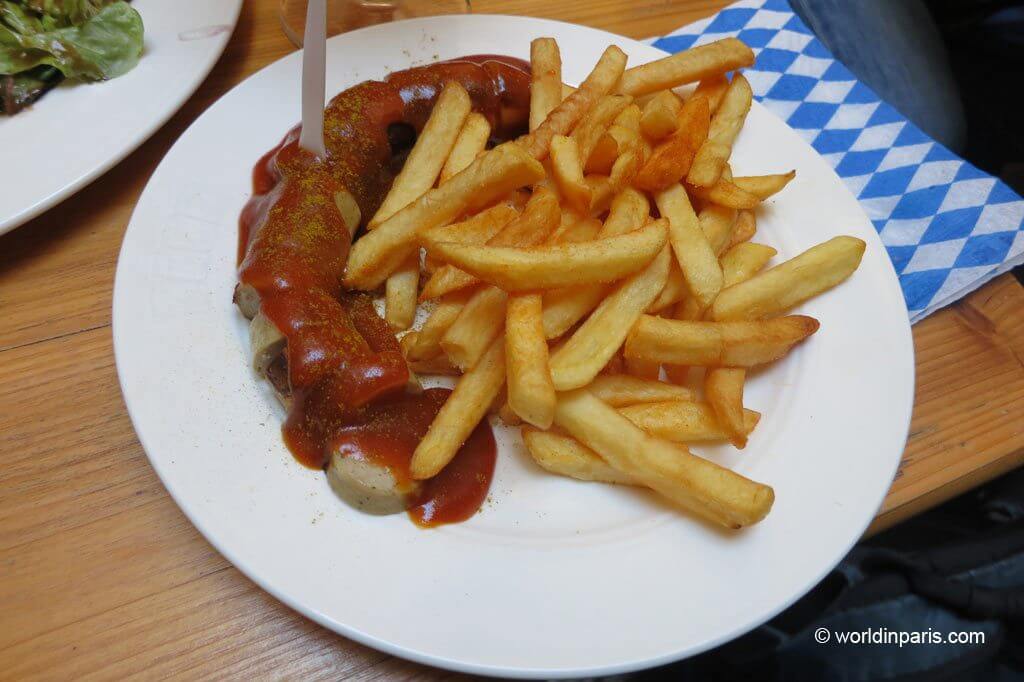 From outside this place looks like any other Parisian café in the city but as soon as you open the door everything is 100% German inside! What to expect in Café Titon? Theme nights (Karnaval, Bundesliga matches . . ) a kid-friendly atmosphere,  sometimes “beer machen” workshops and delicious Kraftbeer and food. Currywurst + pommes, Reinheitsgebot (“freestyle” preparation), Schnitzel, Kartoffelsalat and much more . . . mmmm, yummy! 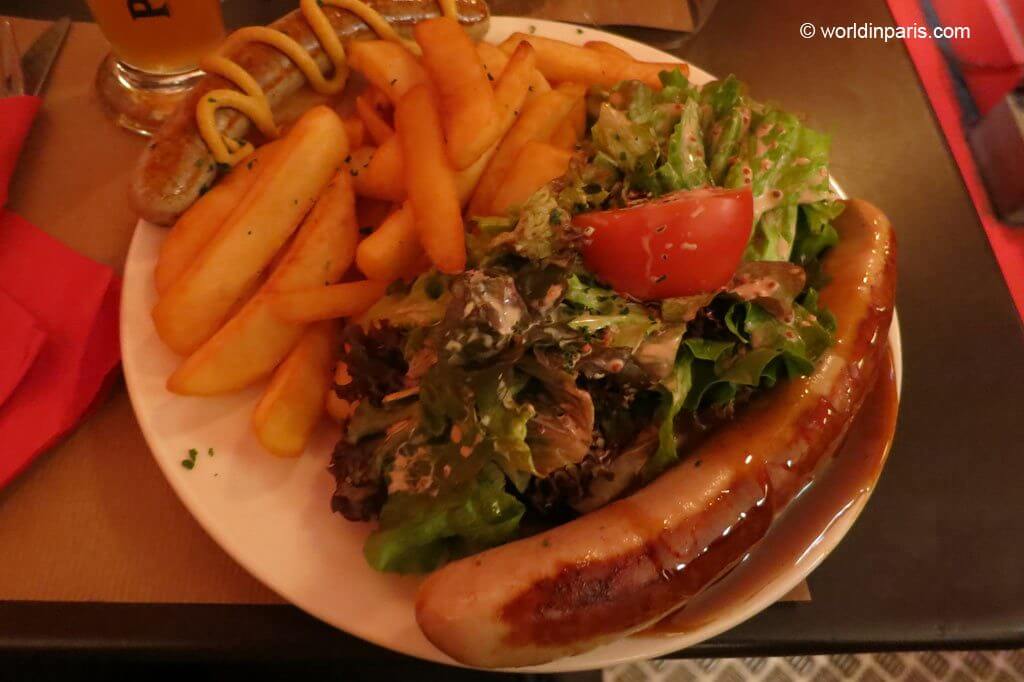 Willkommen chez Wunderbär! This Gasthaus post gemütlich proposes good wursts, Bavarian beers, Fritz sodas and other classics of the German cuisine. The owners did not forget the desserts and their Apfelstrudel will leave you more than satisfied. Wunderbär also proposes a takeaway service for those who prefer to enjoy their German flavors along Canal Saint Martin. Guten Appetit!

Leave a little space in your stomach for the dessert and House of 3 brothers won’t disappoint you. This boutique-pâtisserie, also not far from Canal Saint Martin, is waiting for you with delicious German-inspired cakes using the same recipes than auntie Léonie: Käsekuchen, chocolate Katzi, cheesecake, gingerbread . . . Using best quality ingredients and a well-designed packaging, heaven was never so close to Canal Saint-Martin! 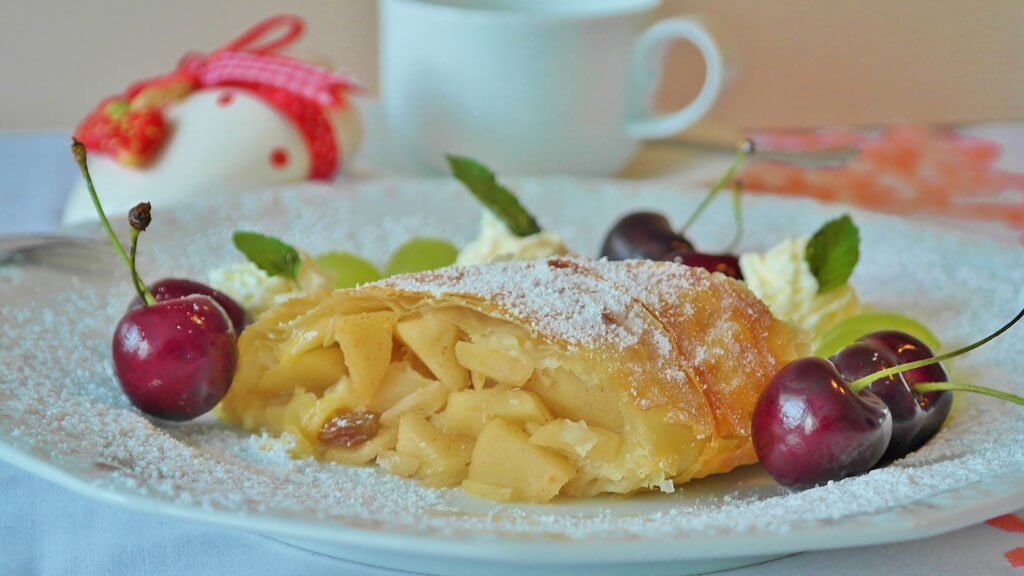 This is considered the first Germanophile place in Paris. Gherard, native from Hessen, proposes in his café-shop located in the 1st Arrondissement of Paris anything a German pure breed would like to taste in terms of cakes: Apfelstrudel, black forest (Schwarzwälderkirschtorte), Kirschstrudel, Linzertorte . . . What else? Well, he also has currywurst! And Sauerkraut, Kassler, Frikadellen . . . everything to eat on site or take-away. Who needs to go to Germany with all these delicacies on site?

A Stube kiosk can be found inside Goethe Institut (see place #2 above for the address) with a schedule following the Institut courses and events.

Last but not least, you can do your German shopping at Der Tante Emma Laden, one of the few German stores in the capital to offer an impressive selection of beers, meats, cheeses, cakes, candy and sweets from the other side of the Rhine River. If you prefer to cook your favorite German recipes yourself, this is the place to go. 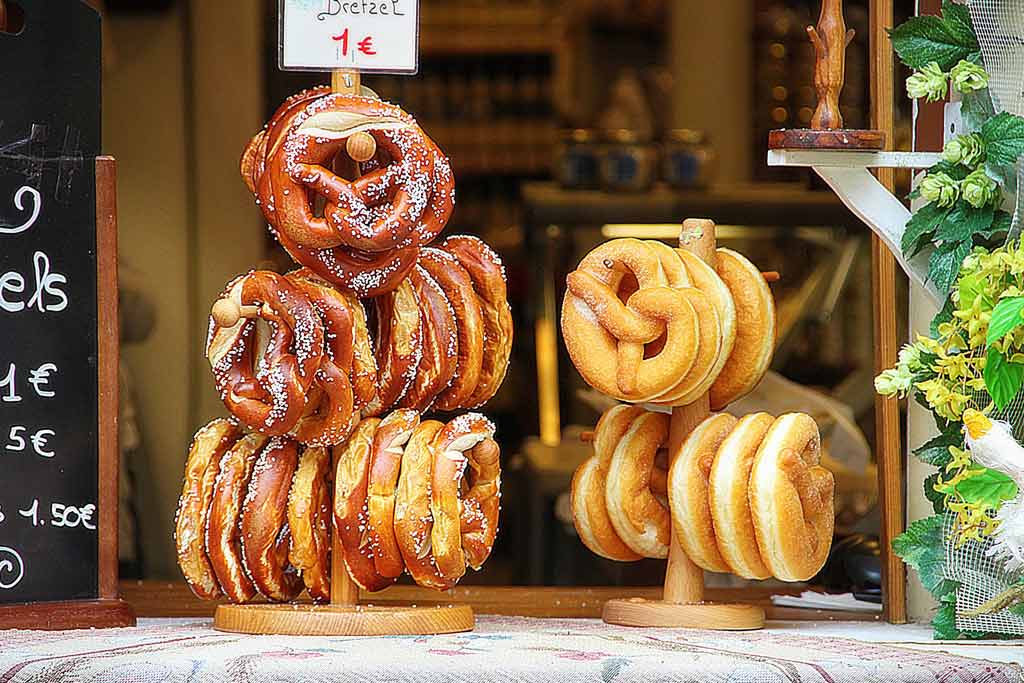 Paris has its own Oktoberfest only since 2015. This year (five already!) the event will take place at La Villette, from 04th October to Sunday 14th October. During these days expect to drink (lots of) beer, eat traditional Oktoberfest food like Currywurst, Sauerkraut or Apfelstrudel, and sing Bavarian songs.   “Ach so!” 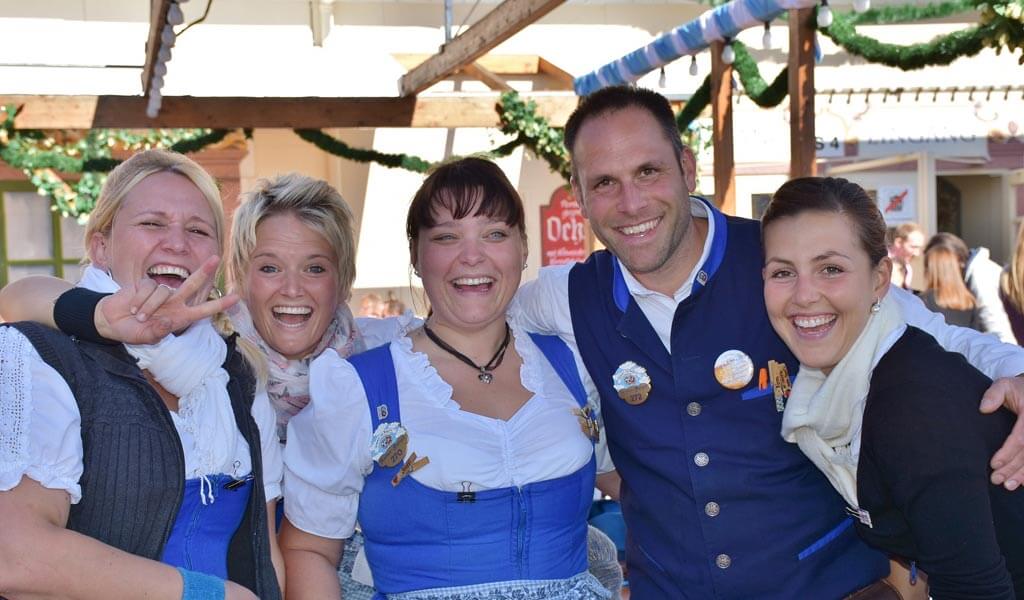 Do you know other cool German addresses in Paris? Email us with your favorite German spots in Paris and we will include them in this post.

Men migrate with food, kitchen utensils but also with recipes and eating habits. Once in France, many keep the culinary practices of their country. During the nineteenth century, grocery stores and restaurants founded by emigrants started to appear in France. Primarily intended to serve these foreign communities, Arab and Asian grocery stores started to be appreciated also by French people, curious to discover cuisines from other parts of the world. Until now. Today it is possible to try food from any part of the world in Paris, maybe this is one of the reasons why Paris is called the Capital City of the World  ;- ) 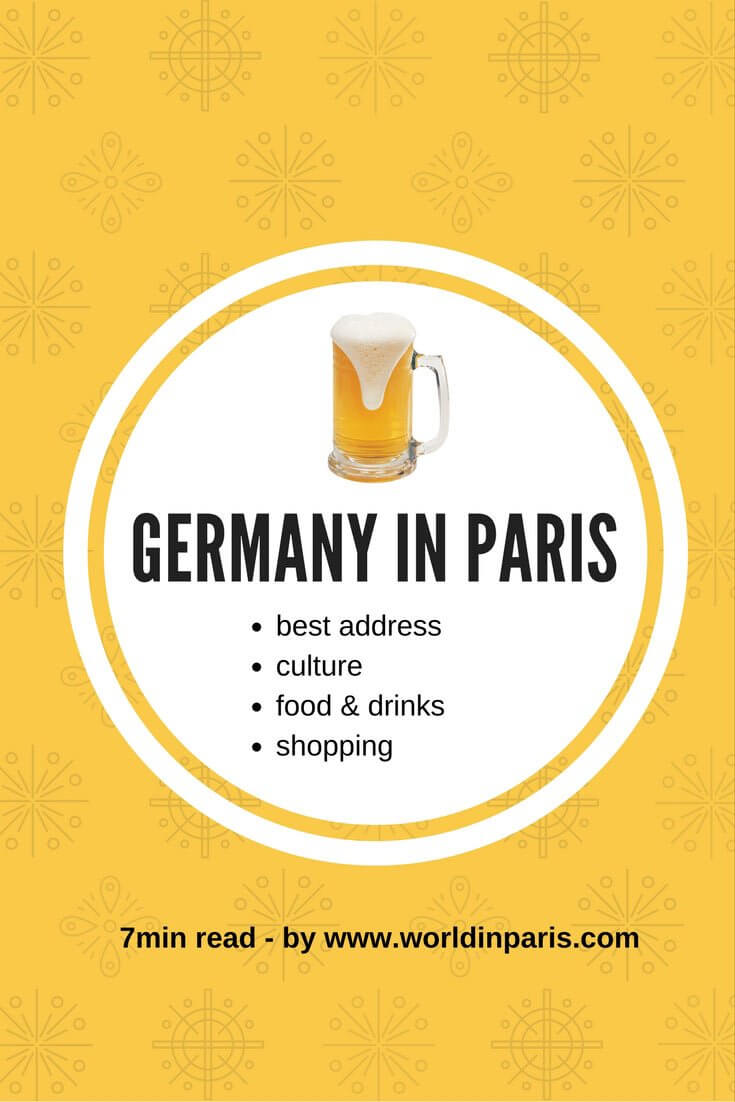