Today we are going to find our bearings in Paris. Let’s start with a short introduction to the City of Lights:

» Paris is the capital city of France, with a population of +2M inhabitants.

» The city is more than 2.000 years old! A first Celtic settlement (Parisii) was inhabiting Ile de la Cité during the 3rd century BC. This settlement was conquered by the Romans in the year 52 BC, who decided to name it Lutetia.

» Thanks to its long history, Paris offers visitors many different kinds of sights, from Roman remains to contemporary architecture just a few years old.

» Paris is crossed by the river Seine (la Seine, in French) which flows westwards to the English Channel cutting the city into two. The isle that you can see in the middle of the Seine is named Ile de la Cité.

» Today Paris is divided into 20 administrative divisions called “Arrondissements” or “Districts” (but not neighborhoods). On this blog, and in Paris in general, you will often read or hear about Paris 1, Paris 10, Paris 8 . . . We all refer to Paris Arrondissements. More than simple divisions, the 20 arrondissements of Paris have their own character and charm. 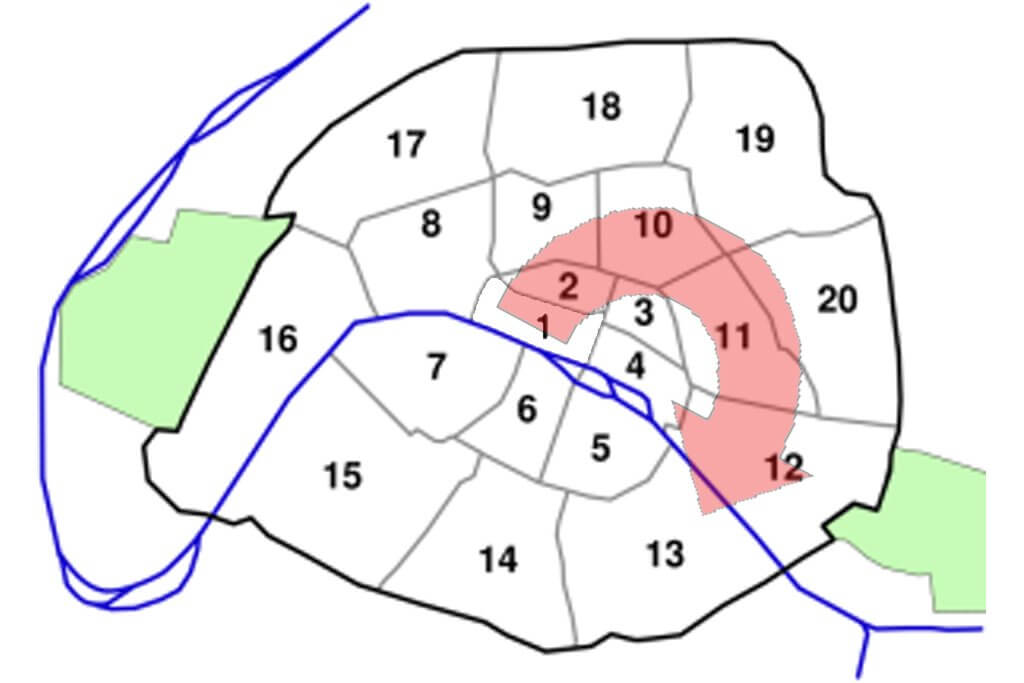 » To find your bearings in Paris there is a little trick: the 1st arrondissement of Paris is in the center of the city, then the other Paris arrondissements are located forming a spiral turning clockwise, to finish in the 20th arrondissement in the east.

» Click on this map of Paris (Google Maps), with the city’s main sights

» Find on the map the Seine River, Ile de la Cité, the Left Bank and the Right Bank

» Read this quick Guide to Paris by Arrondissement to get the essence of each district.

» Think about a specific area in Paris to stay: Paris Left Bank or Paris Right Bank? Also, you can try to shortlist 2-3 arrondissements (your favorite arrondissements), where you would like to end your days in Paris. Perhaps if you read our Districts of Paris posts,  it may be easier.

That’s ALL for today! Look out for Day 2 of the challenge at the same time tomorrow.

Back to Home Page