While most of the people associate Fontainebleau with the Royal Castle, there are other ways to spend a nice day in Fontainebleau on a day trip from Paris. This article covers the Château of Fontainebleau – one of the best castles near Paris -, but also other interesting things to do in Fontainebleau.

Trying to convince you to visit Fontainebleau instead of Versailles is almost an impossible task because everybody wants to visit Versailles!  However, there are some aspects in which, in our opinion, Fontainebleau beats Versailles.

Versailles was home to three kings of France, from King Louis XIV (1643-1717) to King Louis XVI (1754-1793) whilst Fontainebleau can proudly claim to have been a sovereign residence for eight centuries. From the first keep surrounded by walls of the 12th century to the Second Empire, all members of French ruling dynasties, have lived within these walls. While Versailles represents an important chapter of the French History, it’s in Fontainebleau where you can get the full picture.

An impressive showcase of French architecture

Versailles is one of the most beautiful castles of France (and the world!) and a jewel of French Baroque architecture. The main Palace boasts a quite uniform architecture and design because everything was built in less than 100 years.

What greets the visitor today in Fontainebleau is the single greatest assemblage over time of French architecture and décor – from the 12th to the 19th centuries – still in its original state, even if it is still the 16th-century design and buildings that dominate.

The richness and variety of its buildings, inside and out, is remarkable and some elements, like the famous horseshoe-shaped staircase (King Louis XIII), the Galerie des Cerfs (King Henry IV), the ballroom or the Royal Chapel are must-sees.

Versailles Gardens, with its beautiful fountains, sculptures, and grooves, are the best example of French-style gardens and André Le Notre’s masterwork.

Fontainebleau Gardens were King Louis XIV’s main contribution to Fontainebleau. He put his landscape designers into work to create magnificent gardens, water games, and the Grand Parterre which is today the largest in Europe.

Everybody knows about the Château de Versailles crowds and a visit to Versailles needs to be planned well in advance to choose the right day and time slot, the right ticket, and the best itinerary.

A visit to Château de Fontainebleau instead, is very straightforward and easy-going! The last time we visited Fontainebleau was the first Sunday of November when the castle is free to visit, and there were no crowds.

In the 16th century, Fontainebleau was substantially rebuilt and transformed by King Francois I. It was at this time that the French renaissance style for which the castle is well known was in vogue. However, all the kings left their personal footprint in Fontainebleau, that’s why the castle shows a variety of architectural styles.

It was a particular favorite residence of King Henri II, King Henry IV, and later Napoleon I. Fontainebleau was also the background of important moments in the history of France. For example, King Louis XIV signed the important Edict of Fontainebleau in 1685 and it was in Fontainebleau where Napoleon I gave the historical farewell to the Old Guard.

What to See in Fontainebleau Castle

Playground for some of France’s greatest architects — Philibert Delorme, Ange-Jacques Gabriel, and André Le Nôtre among others —, Château de Fontainebleau is immense, and immensely varied, with more than 1,500 rooms. Take your time, make some choices, and plan your visit depending on your interests.

The self-guided visit of the Château includes the museum of Napoleon I, the Grands Appartements, and the Gardens whilst other rooms like the Imperial Theater, the Petits Appartements, the apartments of Mme de Maintenon and Marie Antoinette’s Turkish boudoir are visited with different guided tours.

Below, the list of top things to see at Château de Fontainebleau:

How to Visit Château de Fontainebleau

For the Château you can buy a Fontainebleau priority entrance ticket to be sure to skip the lines. Once inside, visit the Château and Gardens as you wish.

DID YOU KNOW? The Paris Museum Pass for 2, 4, or 6 days includes a skip the line entrance to Château de Fontainebleau! Save money and time with this fantastic pass, you can check here our Paris Museum Pass review.

The Paris Château de Fontainebleau guided tours are very interesting, especially if you are short of time. These tours with transportation included usually take half-day (morning or afternoon) which allows you to spend an extra half-day in Paris or somewhere else. This is impossible to do if you are visiting Fontainebleau by yourself by taking the train + shuttle.

Apart from the logistics, guided tours are always more interesting thanks to the explanations of your knowledgeable guide.

This half-day private Fontainebleau guided tour is very good for families or a group of friends if you can share the cost with them. A very popular alternative is this full-day tour to visit Château de Fontainebleau + Château de Vaux-le-Vicomte, another beautiful castle near Paris.

Other Things to Do in Fontainebleau

Hike in the Fontainebleau Forest

Fontainebleau Forest is the second-largest national forest in France and the Kings’ favorite hunting place. Today the Forest of Fontainebleau is cradle of many outdoor activities, from hiking to rock climbing or horse riding.

The full-day Circuit des 25 bosses (25 bumps) in Fontainebleau is one of the most famous hikes in France. It consists of 25 different sized mounds in the Trois Pignons massif that will give you a chance to enjoy some light climbing while providing some great exercise.

A hot air balloon flight, wherever it is in the world, is always a great experience. But if you have the opportunity of flying over one of the most beautiful forests in France, then it’s magical.

Barbizon is one of those small towns near Paris worth a detour. From the mid-nineteenth century, landscape painters moved to the village of Barbizon, nestled in Fontainebleau Forest, inspired by its remarkable natural heritage and atmosphere.

Corot, Millet, Rousseau are only a few names that set up their easels in the forest. They were also followed by Romantic writers and poets such as Sand,  Flaubert, Hugo, Stevenson, and others.

We hope that you enjoyed this virtual Fontainebleau day trip from Paris, it is a beautiful place to see! 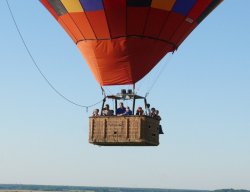 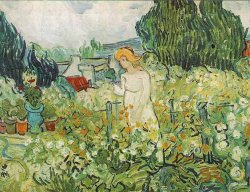 Van Gogh and the Church at Auvers 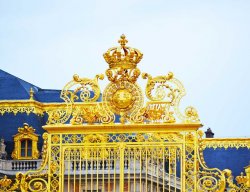 How to Get to Versailles from Paris

Lido or Moulin Rouge or Crazy Horse: What is the Best Cabaret in Paris?