7th Arrondissement of Paris: Where To Eat, Play & Stay In the Eiffel Tower District

Introducing the 7th Arrondissement of Paris

Without leaving Paris’ Rive Gauche and following the Seine River upstream, we are going to move from Saint Germain’s winding and cobbled lanes to the Eiffel Tower district, one of the most elegant Arrondissements of Paris.

The 7th arrondissement of Paris is delimited by the Seine in the North, rue des Saints Pères and rue de Sèvres in the East and avenue de Suffren in the West. Paris 7 is not very big but there’s a lot to walk to see its main sights! This is the Eiffel Tower district but of course, there is much more to explore.

From Le Marais to Faubourg Saint-Germain

The seventh arrondissement is one of the most bourgeois districts of Paris and one of the most expensive arrondissements to live. It includes the historical aristocratic neighborhood of Faubourg Saint-Germain, and it is also the district of the National Assembly, several ministries, beautiful foreign diplomatic embassies, and big avenues.

Paris seventh Arrondissement is the result of the city’s extension beyond Ile de la Cité and Le Marais. Since the 17th century, it became the new residence of French highest nobility who decided to change their beautiful private mansions of Paris 3 and Paris 4 for urban mansions in the clearer and less polluted Faubourg Saint-Germain. Some beautiful examples of these mansions include Hôtel Matignon (today the prime minister’s official residence), Hôtel Biron, and Hôtel de Salm.

DID YOU KNOW? The neighborhood of Faubourg Saint-Germain was so classy and linked to the French nobility that the term “le Faubourg” is used to describe French aristocracy ever since.

After the French Revolution, many of these mansions were confiscated and turned into national institutions. During the following centuries, the district’s political influence will come and go but Paris 7th Arrondissement will always be the center of the French upper class’s social life.

The 7th district of Paris is also the district of the Eiffel Tower. Paris 7 hosted during the 19th century five World Exhibitions and some of its main sights, as well as the district’s general layout, is the result of these special occasions. Check out where to find the best views of Eiffel Tower for some memorable pictures.

Without any further ado, let’s explore this elegant district of Paris.

1- The Eiffel Tower – is the symbol of Paris and France. Climb up the Eiffel Tower to learn more about its history and for awesome views of Paris: it’s a once in a lifetime experience!

2- Les Invalides – Commissioned by King Louis XIV in the 17th century, Les Invalides was a hospital and a retirement home for war veterans. Today, it contains monuments and museums related to the military history of France.

3- Rodin Museum – learn about the famous French sculptor, admire his most famous sculptures and enjoy the gardens of this beautiful private mansion in Paris 7.

4- Quai Branly Museum – The Musée du Quai Branly – Jacques Chirac is a museum by the River Seine featuring the indigenous art and cultures of Africa, Asia, Oceania, and America. We especially like the section of Oceania.

5- Seine River Cruise – A night cruise along the Seine River is one of the most iconic things to do in Paris. Most of the Seine boat cruises depart from Paris 7, not far from the Eiffel Tower.

6- Maillol Museum –  Aristide Maillol is the French sculptor author of the monumental female statues at the Tuileries Garden. The Maillol Museum is the best place to admire his works (drawings, engravings, paintings, sculptures, decorative art, original plaster, and terracotta work).

7- Orsay Museum – This beautiful museum located in a former train station by the Seine River, displays French art from 1848 to 1914.

Unique Things to Do in the 7th District Paris

In our Paris Arrondissement Guides, we like to encourage people to beat the crowds and explore Paris beyond its main sights. Despite being one of the most touristy districts of Paris, there are many unique things to see and do beyond the Eiffel Tower.

We don’t visit this district very often but when we do, we like to wander around the historical neighborhood Sèvres-Babylone, with its beautiful shops and Grands Magasins, art galleries, and quirky sights.

Below, the list of unique things to do in Paris 7th Arrondissement we believe you shouldn’t miss:

9- Monument of the Human Rights – Have a closer look at this intriguing monument, full of esoteric and masonic symbols.

10- Discover Jules Lavirotte’s beautiful Art Nouveau architecture – Jules Lavirotte is one of the best architects of the Art Nouveau movement in France. He designed 3 buildings in Paris 7, at 29 avenue Rapp, 151 rue de Grenelle, and 12 rue Sedillot.

11- Be amazed by the unique architecture of the boutique Hermès – built in the former Lutetia swimming pool,  a listed historical building, this is an amazing place combining Art Nouveau architecture and Hermès’ creativity.

12- Explore the city’s sewer system at Musée des Égouts de Paris– this is one of the coolest places to visit in our Paris Underground Guide.

13- Create your own Cabinet of Curiosities at Magasin Deyrolle – this shop for taxidermy passionates is one of the quirkiest places in all Paris!

14- Our Lady of the Miraculous Medal Chapel – Learn the story of Catherine Labouré at this special church in Paris, where people from all the world go to get their own “Miraculous Medal”.

Foodies in Paris will love rue Cler, a colorful street with very fine establishments whether it’s for cheese, fish, charcuterie, or butchers.

Don’t you know where to find the best restaurants in the 7th Arrondissement? Here, some of our favorite restaurants in Paris 7 proposing good French cuisine.

» Brasserie Thoumieux – 79 rue Saint-Dominique, 75007 Paris. Brasserie Thoumieux is one of Hotel Thoumieux’s places to eat, a Belle Époque brasserie from 1923 that combines red benches and mirrors with brasserie dishes reinterpreted. This is a “sure” address that triumphs especially with its lunch set menu and its brunch.

» Les Ombres –  27 quai Branly 75007 Paris. If you are looking for a special place to celebrate a special event, head to Les Ombres, the rooftop restaurant of Musée du Quai Branly. Les Ombres proposes a refined cuisine with dishes beautifully presented with an amazing view of Paris and the Eiffel Tower.

» LE BEM – Le Bistrot d’Eleonore et Maxence –  39 avenue Duquesne 75007 Paris. This is a cute bistro with a welcoming staff and cozy atmosphere with benches, candles, and cushions. The cuisine is colorful and generous, always made with fresh produce, the wine is good and the service is perfect.

The hotels in the Eiffel Tower Arrondissement tend to be more expensive than in other areas and it’s hard to find budget hotels (-100€ /night) in Paris 7th district.

A ROOM WITH EIFFEL TOWER VIEW

If you are traveling to Paris for a few days and you can afford it, why not treating yourself with a hotel with Eiffel Tower views? Some of the best hotels in Paris 7 offer just that! If you prefer a home from home, there are also cute apartments with view of Eiffel Tower.

Booking.com is the best site for booking hotels in Paris. They have good rates and a huge selection of hotels of all kinds plus it is possible to cancel for free if, in the end, you cannot make it to Paris.

This is a beautiful mid-range hotel set in a Haussmannian building near Champ de Mars and the Eiffel Tower. Hotel Eiffel Rive Gauche proposes comfortable rooms decorated in warm tones, some of them with a private patio or Eiffel Tower views.

Hotel Le Walt is a design hotel with a great location, one of the best hotels with Eiffel Tower views from the room. We love how the hotel combines contemporary design with classic artworks. The Walt features a private garden-terrace, where guests can relax with a drink or enjoy breakfast.

Located at a stone’s throw from Champs de Mars and the Eiffel Tower, the Hotel Duquesne Eiffel offers comfortable rooms, some of them with a perfect view of the Eiffel Tower. We especially like its super location and common spaces.

Want to Explore Beyond Paris 7? 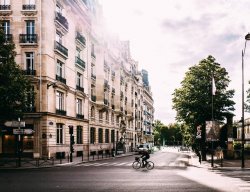